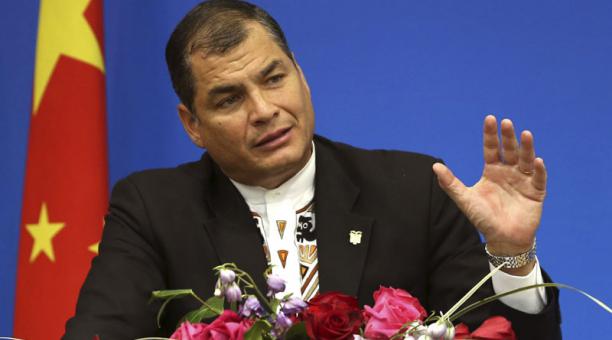 President Rafael Correa defended today in Beijing the cuts in the state budget of this year at USD 1,420 million. The President said that “we must respond to reality.”

The Ecuadorian Ministry of Finance said Correa spoke in that way on the “sharp decline” in oil prices in the international market.

“We have made some budget adjustments, because we have to respond to reality. The oil price has continued changing. We have always said that, there is no surprise here,” Correa said.

The President said that “the problem is not of tax, is external: is to have dollars into the economy to keep it running, because we are in a dollarized system.”

“When the price of oil falls this much, tax revenues are affected and have to make some adjustments, especially in sectors that do not incorporate national component,” said the President.

Furthermore, he added that “we must prioritize projects where the money stays in the country” and referred to road projects noting that “it remains in the country and boosts the economy”.

“Public finances have been well managed. The one that tell you that this is solved with small liquidity funds do not know what he’s talking about,” concluded the President.