The state budget is trimmed in $ 1,420 million after reduction of oil prices 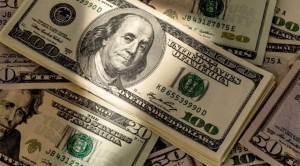 The Minister of Finance, Fausto Herrera, prior to traveling to China, indicated that the General State Budget (PGE) of this 2015 was cut in $1 420 million, “considering the reduction of oil prices,” he said in a statement, on Monday, January 5.

According to the statement, Herrera explained that “given the sharp drop of oil prices in the international marke the decision of fiscal order t was taken to cut $ 839.8 million in capital expenditures and $ 580 million in current expenditure (salaries and goods and services).”

The Minister emphasized the “flexibility the state budget has to adjust to external shocks, at the same time of reminding that the Organic Code of Planning and Public Finance allows these adjustments up to 15% of the amount of PGE approved by the National Assembly, during budget execution stage without being processed by the legislative body.”