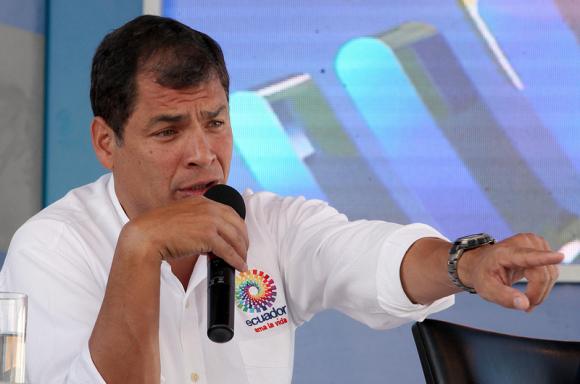 President Rafael Correa said this Saturday that the CIA is infiltrated opposition protests sectors, which already accused of receiving support from the right and international financing.

“There’s infiltration of the CIA to wear down the government,” Correa said during his weekly work report, referring to what he considered an opposition campaign funded by the international right to destabilize it.

Workers and indigenous sectors took to the streets on Thursday to protest policies promoted by the Executive and constitutional changes that handles the National Assembly, controlled by the government.

Correa said on Friday to the press that the marches are “a strategy of attrition. If they can destabilize, they do.”

Correa also said that on Thursday was the victim of an “ambush” by a “mob” of protesters who tried to attack him in Riobamba, where it was for an official act.