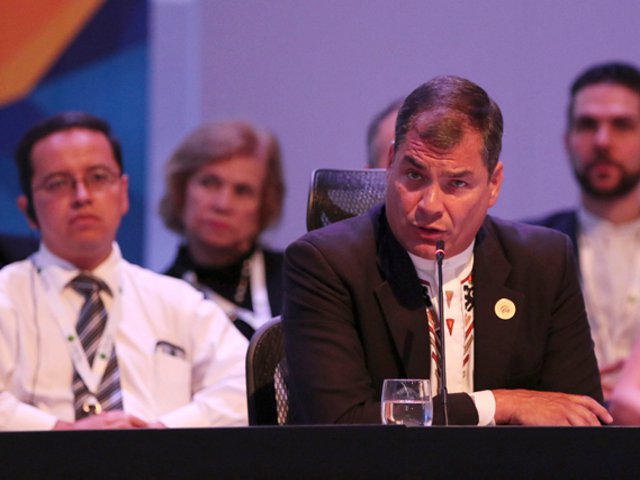 The President told the judges of the Inter-American Court that several aspects of the American system of Human Rights (ISHR) “must change.”

“The Court has been attached to the Convention and enjoys immense prestige, but it is known that the Commission has become a commissariat,” were the words of Correa during a visit to the IACHR. Regarding the Court, the President said he has “no comments.”