“There are some renovations to do and to seize, if the amendment on the reelection is accepted, so we could also introduce those reforms. More than reforms, (they are) constitutional amendments,” said the Ecuadorian president Rafael Correa, in an interview on last Thursday night.

The president said that if at any time the Constitution is amended, it would be through amendments, not reforms. It should be noted that the first stage does not require the public approval in a referendum, but the voting of the majority of Assembly members.

Opposition assemblyman Patricio Donoso (CREO) felt that just like the current constitution was adopted by referendum, there should be the same system for the approval of any constitutional amendment.

“If the people was consulted back in 2008 and they called for a non-unlimited presidential term when they adopted the Constitution, the ethical matter is to make it happen through a referendum,” Donoso said. 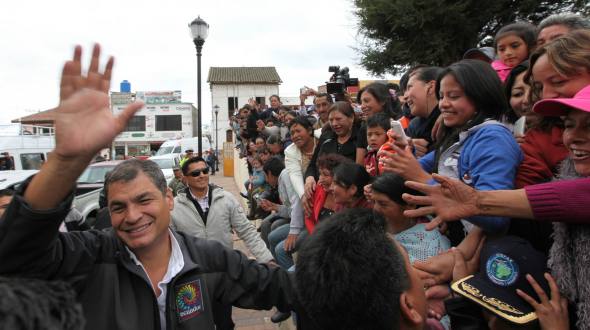