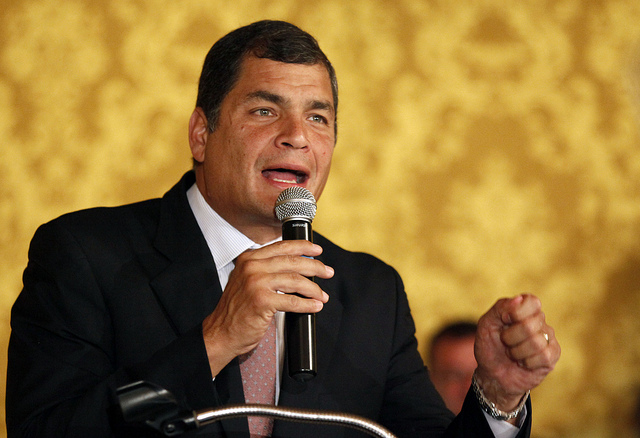 President Rafael Correa reiterated that believing that doing whathever you want with your own money “is completely immoral.”

Correa referred to the referendum raised to the Constitutional Court to prohibit that public officials, including those of popular election, have assets abroad in places considered tax havens.

“It may be legal so far, but it has always been illegitimate and even immoral, because making money in one’s country, this country that needs so much, Ecuador, and get the money to tax havens, it’s immoral! And some say ‘I can do with my money whatever I want,’ that is already an immorality, not recognizing the difference between good and evil, having no social conscience, no love to the country. This is not the country we want.”