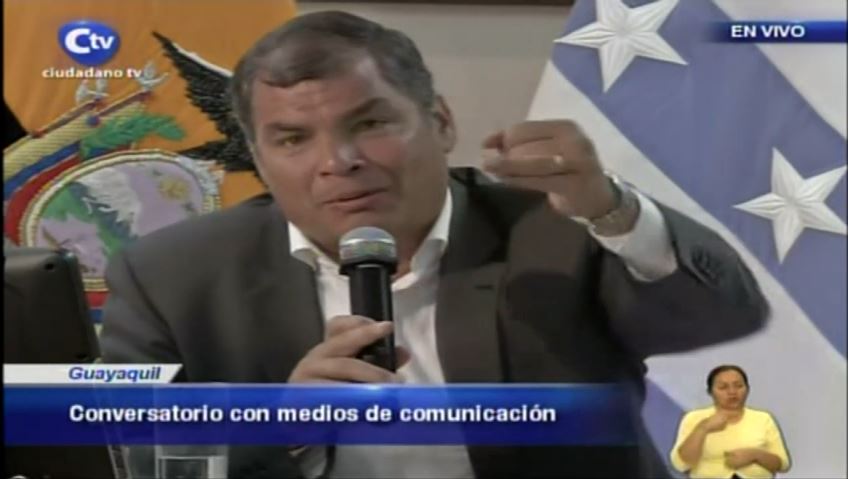 President Rafael Correa has responded to Vice Admiral Angel Sarzosa, who the day before asked him to rectify the expressions pronounced in his last weekly address: “I do not argue with subordinates.”

When asked by journalist Mauricio Cevallos about a letter sent by Angel Sarzosa to defense minister Ricardo Patino, Correa responded: “I will not argue with my subordinates. Defense Minister will be in charge of that. However, I did read the letter. Overall it was polite, but an unacceptable term slips down, and it does have terrible spelling mistakes. If this is an official letter, drafted by the Navy high command, please, be careful with the spelling. But I also ratify what I said! But I will not discuss with subordinates. Defense Minister will have to do that.”