BREAKING NEWS
The vacancy of office spaces increases and rental prices tend to drop in Guayaquil
Galapagos: the jewel in the crown does not feed
Ecuador will present at the UN advances in Sustainable Development Goals
These are the benefits of eating bananas on an empty stomach
With only 9% occupancy, hotels already consider lost in 2020 and 2021
Filmmaker Sebastian Cordero: “The Academy has given a sign of inclusion”
Agrocalidad rules out presence of locust plague in the country
Four axes of business opportunities were highlighted in dialogue on the Reinventa Ecuador project
The US withdrew 300 visas from Ecuadorians linked to corruption
Movie theaters will reopen on July 6 in Ecuador

Corruption, the central theme of the Summit of the Americas 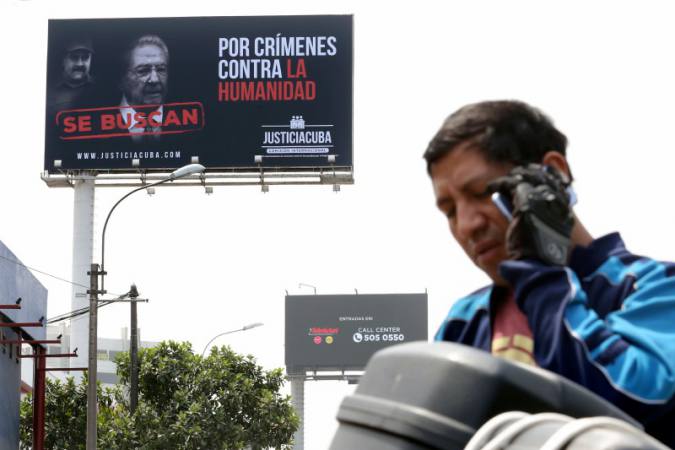 Corruption is the worst enemy of democracies in the Americas, a region that in the last month saw a right-wing ruler in Peru fall and imprison a left-wing former president in Brazil.

The Summit of the Americas, which takes place today and tomorrow in Lima, has as its main theme “Democratic governance against corruption”, which seeks to establish greater regional cooperation against a scourge that knows no ideologies and equally involves private businessmen and public officials, affecting the most disadvantaged sectors of the population who see development works postponed to their benefit.

The irony of the appointment is that the host president, Martin Vizcarra, came to power on March 23, after the resignation of Pedro Pablo Kuczynski, a former right-wing ex-banker and liberal, who lied about business of his companies with the Brazilian company Odebrecht. Vizcarra was his vice president.

Kuczynski became the first president in office in America to fall for the Odebrecht case.

“It would be a bit contradictory to host presidents clearly linked to corruption in an anti-corruption summit,” lawyer José Ugaz, former president of Transparency International (2014-2017), told AFP.

Ugaz applauds the departure of Kuczynski, but also that he has withdrawn the invitation to Venezuelan President Nicolás Maduro, to the summit because “in Venezuela everything is covered by the authoritarian regime.”

Corruption is not a new phenomenon in America, but the powerful levels achieved make the problem more visible. So visible that it awakened justice and triggered the indignation of society.

“It has been a cumulative process. Historically in Latin America, corruption has always been a problem, but it was not as visible as now, “adds Ugaz.

“Now with the case ‘Lava Jato’ has taken a global dimension: 12 Latin American countries have been impacted at the highest political levels, which gives much visibility to corruption,” says this lawyer, who as a prosecutor dismantled the corruption network of Alberto Fujimori’s regime (1990-2000).

The corruption, which in Brazil uncovered the ‘Lava Jato’ scandal, showed that it does not distinguish between ideologies and the entry into prison of former President Luiz Inácio Lula da Silva to serve a sentence of 12 years and one month. As well as businessman Marcelo Odebrecht, who is serving a 10-year sentence with house arrest.

Ugaz emphasizes “that there is an unprecedented citizen reaction, that is the side of the lights: millions of citizens mobilized in Brazil, Peru, Guatemala, Honduras, Dominican Republic, demanding their authorities to settle with corruption and punish these cases ”

“In countries where civil society remains neutral or tolerant of corruption, it is not possible to reverse anything,” says Walter Albán, director of the Peruvian NGO Proética.

Peruvian President Martin Vizcarra called on American businessmen to join a crusade against corruption that has affected sustained economic growth in Latin America.

“There is a growing distrust of the population in the authorities and in companies (…) due to corruption cases that not only damage the economy, but to democratic governance, which damage the fiber of the institutions,” said Vizcarra. (I)

According to RCN Colombia: “Guacho” suspends humanitarian actions to rescue corpses of Ecuadorians