Court requests the Prosecution to investigate the Manduriacu case 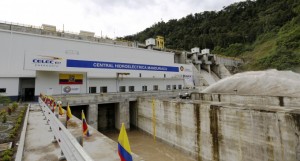 Roberto Guzmán, co-judge of the Criminal Chamber of the National Court of Justice, denied yesterday the solicitude presented by the Prosecution regarding a complaint towards the Manduriacu case.

In October 2015, the group delivered documents to the Prosecution which allegedly proved that the construction was overpriced by an additional 82 percent.

Guzmán requested the Prosecution to investigate the facts thoroughly.

At the hearing, the prosecutor Galo Chiriboga requested the file of the complaint alleging that in the embezzlement case has a report of the Comptroller stating there is no evidence of criminal liability.

But Guzman said that this report does not specify if there was “a crime of embezzlement or illicit enrichment” though it mentions other facts that should be investigated. (I)

Two children had their throats slit in the town of Muey