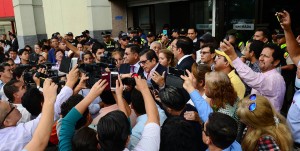 Yesterday, the affected by the Terrabienes case received the good news that Tierrabienes’ manager was sentenced to ten years in prison.

The sentence was provided by the Eighth Criminal Court, that also requested the manager to pay all the money invested by the clients of the real estate company, including the calculated interests since the reception of the capital.

According to the lawyers, there are 1.200 families that were affected by the issue, whom has not received their houses in the neighborhood “Arcos del Rio”, which is located at km 1.5 at the road of “Narcisa de Jesús”, in Guayaquil city. (I)

Two children had their throats slit in the town of Muey