Cracks cause a new alarm in Zaruma 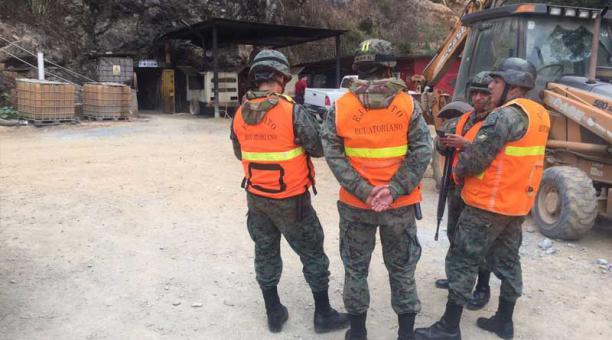 Two streets in the historic center of Zaruma (El Oro province) were closed: 24 de Mayo and Luis A. Crespo. The Emergency Operations Committee of the Canton made the decision this week, due to cracks in some buildings in the area. A whole destroyed a block of classrooms at La Inmaculada Fe y Alegría School. On the site, remediation works are carried out by the Ministry of Mining.

The hole generated a deep cone. On that occasion, it was determined that illegal mining was the primary cause. Detonations would have also caused recent damages within the exclusion area, a perimeter where mining is prohibited.

Thursday, four people were arrested during an operation against illegal mining in the Canton. 30 technicians of the Agency for Mining Regulation and Control (Arcom), 100 members of the Police and 30 militaries inspected the Chorrillos, San Antonio, and Tres Reyes mines. The Ministry of Mining reported that an armed group armed with dynamite was found in Los Chorrillos. The operation lasted six hours. (I)