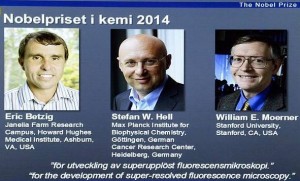 The American scientists Eric Betzig and William E. Moerner and the German Stefan W. Hell have been awarded with the Nobel Prize in Chemistry for the development of a high resolution microscope.

The jury acknowledged the work of the three winners in the development of high resolution microscopes using ‘fluorescent molecules,’ a technique also called ‘nanoscopy.’

This allows the study of “individual molecules within living cells,” something previously impossible with traditional optical techniques of microscopes, which has contributed to the study of diseases such as Alzheimer and Parkinson’s, as well as in the analysis of cognitive processes in neurons of the brain, explained the jury.

Santos: Alvaro Uribe tried to initiate a peace process with the FARC in Brazil