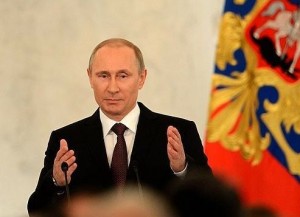 From the legal standpoint of Russia, Crimea, territory that belonged to Ukraine, is already part of Russia.

The official annexation occurs after President Vladimir Putin signed the entry law of peninsula and the city of Sebastopol into the Russian Federation, reported today the Kremlin, in Moscow.

Both parliament chambers approved this step previously, which was internationally criticized .

For its part, the European Union (EU), the United States and Ukraine considered the initiative a violation of international law.

The complete incorporation will be gradual and will not be completed until January 2015 but some Crimean people are already doing the paperwork to ask their Russian passports.