Criminal Code was approved and awaits the presidential veto 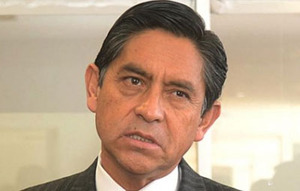 During last Tuesday, the regime achieved its objective of adopting the new Criminal Code (COIP) with four votes, one for each text and other provisions, but the results were the same: 101 votes in favour, 28 negative and one abstention.

Despite the absence of six AP Assembly members were not present, these votes were supplemented by four members of Avanza and two other provincial movements. While 28 votes against it were from PSC, MG, CREO, SP, SUMA and PK. Finally the abstention was made by Antonio Posso (Avanza), who explained that the reform has a bit of “criminal populism.”

The session took less than an hour and the Assembly did not discuss the latest changes incorporated into the text. However, when the opposition realized that the agenda of the Assembly would only be to vote and not to discuss the changes, they made ​​their case before entering the room.

Cynthia Viteri (Madera de Guerrero) pointed out that they did not had enough time to analyse the final test, as it was distributed to the assembly by email on Saturday afternoon. However, the only one who interceded was Mauro Andino, chairman of the Judiciary Committee, who for 35 minutes outlining the main issues within the COIP. Andino dismissed the opposition’s comments saying that the texts delivered at different times included the draft rules, violations and procedure.

Francisco celebrates his birthday with indigents