Cristina will not attend the coronation of her brother Philip VI 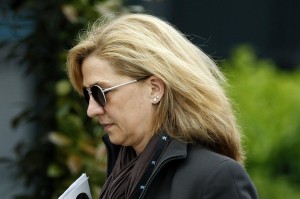 Princess Cristina, sister of the future King Philip VI, will not participate in the proclamation of her brother on June 19. Cristina has been kept apart from the official acts of the royal family since late 2011.

The youngest daughter of the King was charged for tax fraud by the Nóos case and is awaiting for a possible trial.

“Cristina will shine by her absence,” summarizes Abel Hernandez, author of numerous books about Juan Carlos.

The storm broke on December 29, 2011, when Iñaki Urdangarin, husband of the princess, was imputed for alleged misuse of public funds.

Since then, the Royal House immediately set apart Urdangarin of its official activities. Due to this, Princess Cristina was relegated and remains loyal to her husband.

China and Iran invest in Bolivia