“Cryoseisms” because of polar cold in North America 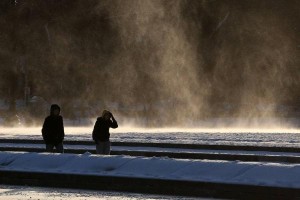 An arctic storm made Canada and several US locations close schools, cancel flights, in addition to kill at least four people and even shook the ground.

The Cryoseisms, also known as frost quake, occur when soil moisture freezes and cracks due to extreme cold.

The Climate Laboratory of the University of Toronto tracked dozens of phenomena of this kind, mainly in the regions of Ottawa and Montreal, as well as several places in the United States.

Ecuador is working with Mexico by disappearances in transit countries