Currency outflows, the third tax that produces the most for fiscal coffers 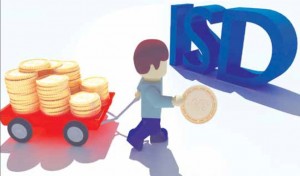 The tax on foreign exchange outflows (ISD) has experienced a rate growth, It started with 0.5% and is currently at 5% making it the third tax that pays more to the treasury, after the VAT and the income tax, which are those that generate higher revenues, in that order.

During the 2007-2014 period, the tax levy in Ecuador grew 153%, from $ 5.344 million to $ 13.522 million. This is because the creation of new taxes, the rates increases and improvements in the management of the Internal Revenue Service (SRI for its Spanish acronym).

Another tax that draws attention for its high collection and behavior, is the Special Consumption Tax (ICE), applied to beer and cigarettes, which exceeds by 85% to what is generated by the income tax for oil companies and others.