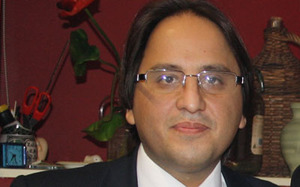 On Tuesday, the Government of Ecuador denied that the Czech Republic gave asylum to the Ecuadorian lawyer Jose Luis Guerrero, accused in his country for incidents that occurred on September 30, 2010. According to the leader of the regime, there was an attempted coup against the president.

During that time hundreds of police who demanded better pay retained the leader, most of the day, in a hospital. A Special Forces operative Army released Correa at night.

Jose Luis Guerrero is one of the accused in the process conducted by the Ecuadorian Prosecutor due to the events of September 30 at the headquarters of the public television Ecuador TV, where a group of protesters entered the channel violently.

Fernando Alvarado, national secretary of Communication Ecuador, spoke to EFE explaining that the claim of the lawyer, who assured to have received political asylum in the Czech Republic, “is based on speculative information of Guerrero’s close friends” and that the government has not confirmed asylum.

According to Guerrero, the Czech Interior Ministry was in favor of its international protection order finding that “he was persecuted in his country for exercising their rights and freedoms” to the extent permitted in Czech legislation.

Alvarado maintains that “it is absolutely false that Guerrero has not been ‘persecuted’ in his country for exercising his rights and freedoms” also considered “fake” Guerrero’s argument explaining that the regime leader, Rafael Correa, has taken the events of September 30, 2010 “for exemplary punishment of dissidents and activists to get rid of undesirable people.”

Correa achieves trade agreements during his trip to Russia

Italian Weekly reveals that the U.S. spied Bergoglio and the Vatican