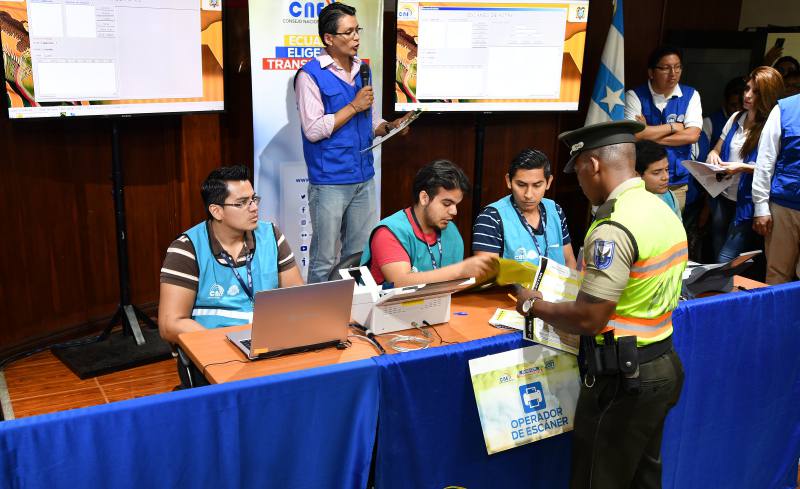 The president of the National Electoral Council (CNE), Juan Pablo Pozo, said yesterday that there are twelve requests for information from citizens who assured that their deceased relatives allegedly appear on the electoral register to pay in February.
Pozo stated that in turn, he asked the Civil Registry´s authorities to explain the alleged inconsistencies: “We have found some citizen requests, no more than 12 claims; I have asked for information to the Civil Registry on each of the cases. The data provided by the Civil Registry is the only basis for the preparation of the electoral register.”
However, the official recalled that the electoral registry was closed on October 4, so people who have died since that date will be registered until February 19, the day of the general election.
“But one thing is that they are recorded (…), and another thing is that these citizens suffrage,” said the head of the CNE.
Pozo hinted that there may be cases in which those who died before October 4 are eligible to vote, but that this may be because their relatives did not record the death certificates. “The Civil Registry has established an explanatory note that the registration of death certificates is the sole responsibility of the relatives.”

Nevertheless, Sonia S. P. denounced that the CNE had authorized her mother Bertha P., who died in April of 1983, although the Civil Registry itself registered her like a deceased person. Daily El Universo confirmed the information on the websites of both state entities.