Declassified report shows clues about the crime of Jorge Gabela 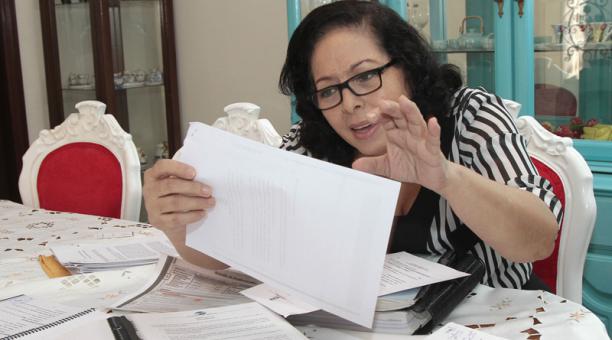 The case of the assassination of General Jorge Gabela could add more information. The conclusion of a second investigation report indicates that the mobile phone would tend to show that “it would be a consequence of organized crime”.

This conclusion is included in the report of the ‘Consultancy for the provision of specialized professional services to identify and investigate the death of General Jorge Gabela Bueno’. It is dated April 11, 2013 and was in charge of the Argentine expert Roberto Meza, Expert Consultant, hired by the Ministry of Justice for this work.

That conclusion is different from the version that the murder of Gabela was “common crime” and that supposedly was not related to the complaints made by the ex-commander of the FAE on the purchase of seven Dhruv helicopters from an Indian company.

In February 2015, the then Minister of Justice, Ledy Zúñiga, exhibited an alleged report with the conclusions of the Gabela case. They were four pages, with the letterhead of Expert Consultant, in which it was indicated that the shots against the general were of common delinquency.

But the expert Meza has denied that document and has spoken of the possibility of returning to the country to clarify his investigations. On December 19, 2010, Gabela was shot in the lobby of his home, on the Samborondón road. Ten days later he died after two operations. For seven years his family has struggled to prove that it was an organized crime to silence his allegations of alleged corruption in the purchase of military ships.

Patricia Ochoa wife of Gabela points out that with this second report “it is discovered that it is not common crime”, as was the version that was delivered in the previous government. The art. 369 of the Criminal Code establishes as organized crime the person who by agreement or agreement as a structured group of two or more persons who, permanently or repeatedly, finance in any way, exercise command, direction or planning criminal activities.

They will be sanctioned with custodial sentences of seven to ten years and collaborators between five or seven years. According to Ochoa, the second report makes it clear that there is a third investigation report that would contain the names of the alleged masterminds of the murder.

“The doubts or variables of the research generated in this regard will be addressed again in the next stage and subsequently contrasted to arrive at categorical conclusions.” That is what the document says, whose reservation was lifted by Transit Judge Jorge Romero on May 28, 2018. But that third report “has disappeared” years ago.

He does not understand why there is a receipt for delivery, but the final report of the case does not appear. That is why she says she is “confused” with President Lenin Moreno announcing the declassification of the crime information.

“If there is no third product, I do not know what will be declassified.” Until the closing of the edition had not communicated with any official to know details. Juan Sebastián Roldán, private secretary of the Presidency, yesterday confirmed the decision of Moreno to declassify the information of the Balda and Gabela cases.

He said that the affected people may ask the Executive to release the documents. And that it will be justice that will define what to do with those issues. In addition, the declassified information will not be delivered but the interested parties must request it.

The general’s widow says she has lost faith in politicians. She hopes that the new Attorney General, Paul Perez, will investigate the truth and request international expertise. On May 29 he sent a letter to Moreno noting that 22 people who formed the institutional committee, created via decree by Rafael Correa for the case, had a “flawed” procedure, but they are part of his government. (I)