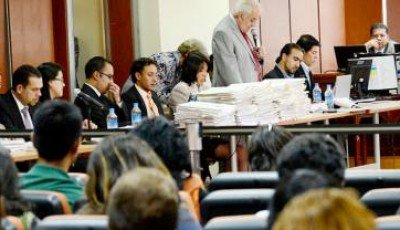 Within the process that the Ecuadorian State posed to collect the pending payment values, the defense of the former owners of Filanbanco, the Isaías brothers William and Robert, said that the Government will have to prove the claim it made to the American justice.

Thus reacted the Defense of the former bankers, after the Office of Ecuador reported that the Court of Appeal of Florida rescinded the decision issued in May 2013 by Judge John W. Thornton, the Eleventh Judicial Circuit of Miami Dade (Florida), which favored his clients.

According to the Attorney General, the Court of Appeals showed that the decision of Judge Thornton was wrong and misinterpreted the extent of the Acts of State. Those who established the responsibility of the Isaias brothers by the losses of Filanbanco.

Moreover, because with the demand it was not attempted to seize the assets of the defendants in Miami, but rather to collect all pending values in Ecuador which are $ 264 million in total.