Defense of Galo Lara will start an information campaign with jurists 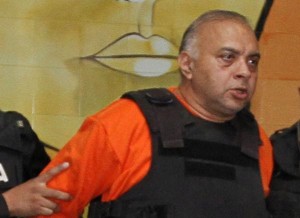 Juan Vizueta, defense attorney of Galo Lara, said that once the process is completed, and given the “lack of investigation of the Prosecutor,” his defense considered appropriate to initiate an information campaign on the reality of the process.

On these days they will hold meetings in Quito and Guayaquil with lawyers to report the details of the case. “We will send in the coming days copies of letters that formers Presidents Osvaldo Hurtado, Bucaram and Lucio Gutiérrez sent to the Government of Panama, explaining the situation of Lara,” who was detained and later deported, although in the first instance he had been granted political asylum.

Vizueta said he is aware that this measure will not change in any way the legal position of his client. “What we want is that lawyers do an analysis of the process, of the judgment, of how a verdict of not guilty was changed to guilty. To change what has being misrepresented with the information campaign done in this case by the Presidency of the Republic,” he said.