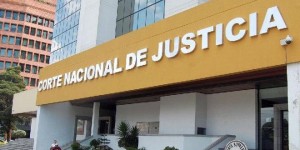 Yesterday the names of the seven new national judges that will fill the vacancies in the National Court of Justice since 23 January were released.

Through a statement, the Judicial Council reported that this Wednesday the report of the Merits and Opposition, Citizenship and Social Control Challenge Competition became known, with the top-rated contestants, who will be the new members of the Court.

The Judicial Council said in a statement that the process for appointing new judges, which began in June, was normally accomplished in its four phases, in which the academic training, merits and knowledge with theoretical and practical tests and a final interview were evaluated.

Until January 23 of 2015, the Judicial Council will be responsible for evaluating the national judges in functions to choose the seven who shall leave the Court. At the moment, the National Judge Ximena Vintimilla resigned last week, citing personal reasons.