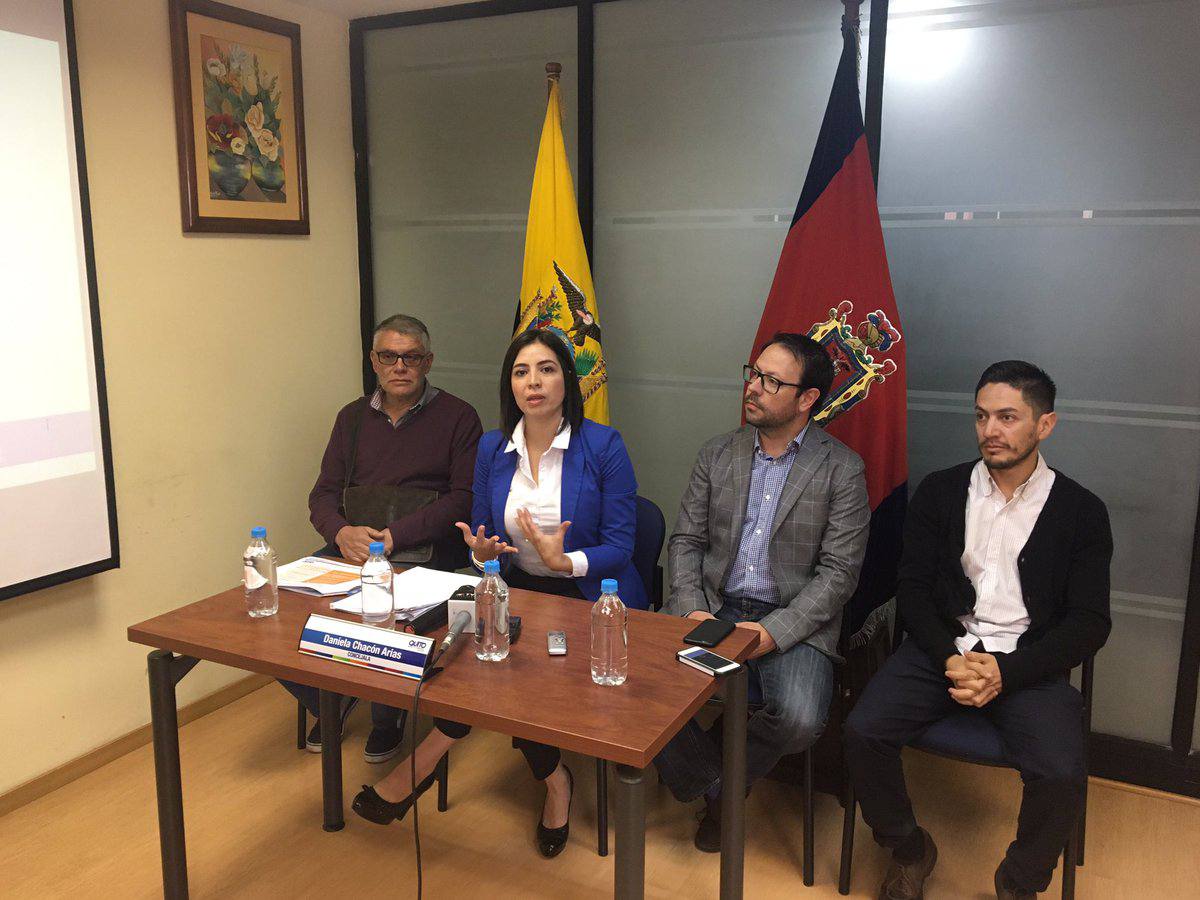 Councillor Daniela Chacon (SUMA Vive party) Wednesday officially announced her irrevocable resignation to the position of Deputy Mayor of Quito. She did so through a letter, accompanied by a work report, addressed to mayor Mauricio Rodas.

She was part of the critical voices against the Guayasamin Vial Solution project, a municipal work to decongest and facilitate the mobility of drivers from northern Quito to the valleys.

In a public statement, Chacon said that thanks “to citizen actions and our frontal questioning (…) the City Hall Quito has proposed to modify the project.” However, she said that these changes “do not solve the substantive questions.”

She adds that  the contract with the Chinese company CRBC must be renegotiated and certain clauses that could jeopardize the city planning in the future must be removed.