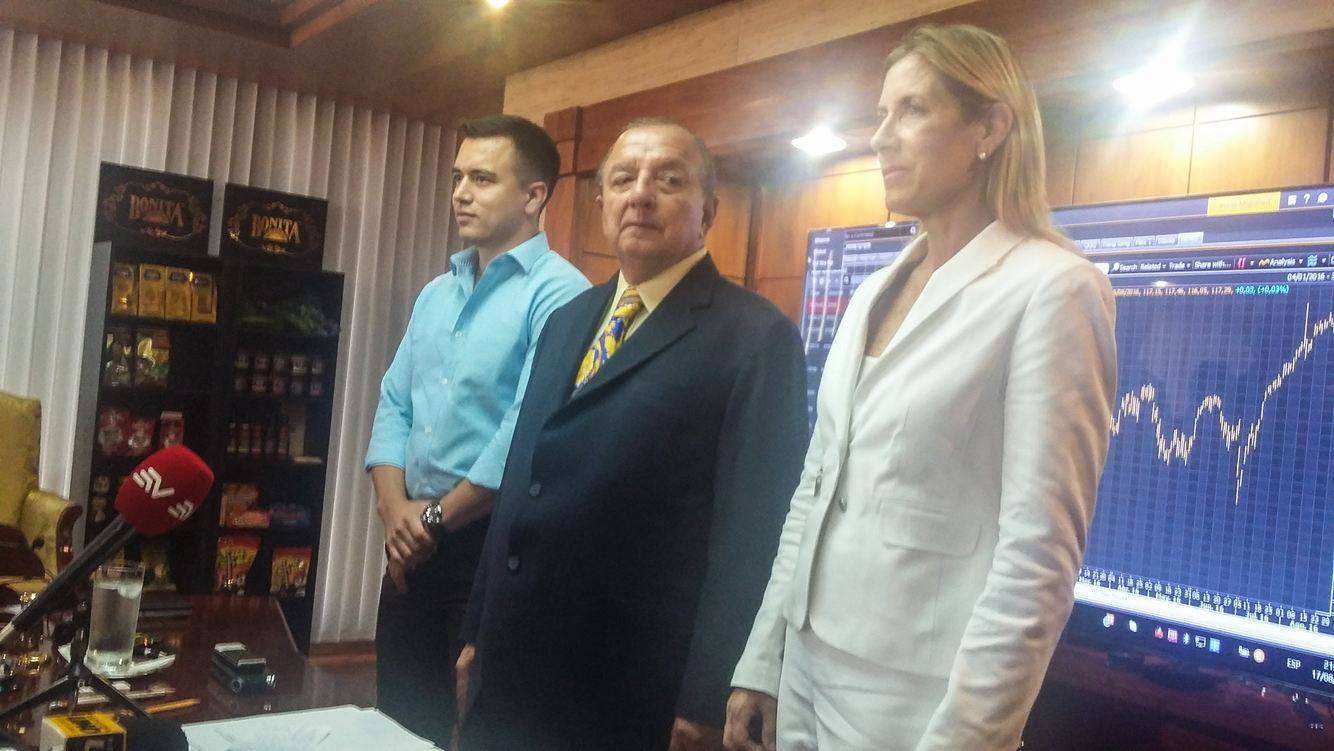 Tuesday afternoon Alvaro Noboa, leader of the political party Adelante Ecuatoriano Adelante, spoke on the formalization of his political movement by the National Electoral Council (CNE), a requirement to participate in the elections of 2017.

At a news conference, he thanked the members of the group for the hard work done to obtain recognition and the CNE because the signature verification process was done democratically.

The former presidential candidate said he will fight against unemployment and corruption. And his proposal included for housing, medical care, free education and protection of the ecosystem.

His wife, Anabella Azín, stressed that the CNE gave the new party the same number of the previous one, since the adepts t of Noboa identify him with the list 7.

Noboa emphasized he will continue meeting with other political groups to reach a consensus and choose the candidate of the renovation. He did not mention the names of the groups with which he has held talks, but noted that four movements have asked him to be a candidate for President.