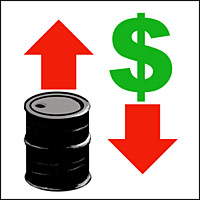 2015 will be a difficult year for public finances, which shall manage a falling oil price. On October 15, the price of West Texas Intermediate (WTI), which serves as a reference for Ecuador, closed at $ 81.7, and at the start of the day it reached 80, the lowest price since two years ago.

By 2014, the budget allocation assumes an average price of the Ecuadorian oil (which is sold at a discount against the WTI) at $ 86.4 per barrel.

From January to August, the price of Ecuadorian oil fluctuated in $ 94, 4, said Finance Minister Fausto Herrera. But he also acknowledged that these days a sharp drop until allocate it between 72 and 73 dollars was registered.

Rates for electronic money transactions must be approved