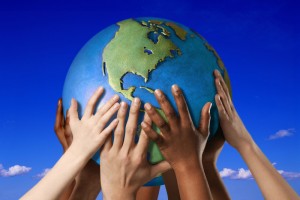 For the second consecutive year, Ecuador remains 88th in the ranking of 188 countries in the United Nations Program (UNDP) that measures the Human Development Index.

According to the UNDP, based in Quito, the country grew two thousandths in human development, but remains in the position 88. That is, it is “below average group of countries with high human development,” reported yesterday the spokesman of this international organization in Ecuador, Diego Zorilla.

That index “is 0.732 and Ecuador is consolidated as a country of high human development, since it has risen two thousandths over the previous year, which was 0730,” the executive said.

According to the report, this qualification was obtained for three reasons: there is an increase in life expectancy at birth of nearly 13 years; school attendance rose from 2.2 years to 2.4; and purchasing power grew by almost 42%; ie, the value of the per capita income is about $ 200.