The notification arrived in the country last December 13. On that day, the Hague Court confirmed that four Ecuadorians were appointed members of the Permanent Court of Arbitration . On that list are the attorney general, Diana Salazar , and jurists Carlos Estarellas, Gonzalo Salvador and José María Pérez. 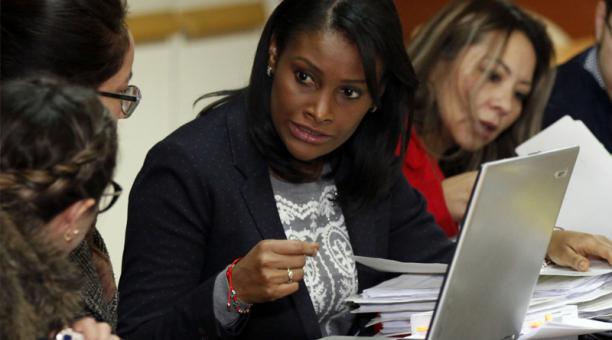 How did they get to that instance? The nomination of their names was born from the government of Lenín Moreno . Therefore, the lawyers who defend the defendants in the Bribes case questioned Salazar. They assured that this shows that there is no independence in the actions of the Prosecutor.

Yesterday, as soon as the news was made public, Prosecutor’s staff clarified that the designation does not imply that Salazar should leave his post and that he will continue with the judicial processes he currently has in charge.

“It is not a political move to separate Dr. Salazar from the Prosecutor’s Office,” they said at that entity. “It is accredited to act only in case of an arbitration process. These are specific and sporadic issues, which do not imply that the Prosecutor must go there (the headquarters are in the Netherlands). Now, depending on the agenda and the priority you have, you can excuse yourself from knowing some process. ”

In fact, those who are part of the Hague Court are potential arbitrators appointed by the member states .

Each country has the right to designate four persons with “recognized knowledge in matters of international law, of the highest moral reputation and willing to accept the duties of arbitrators ” as members of the Court.

Through a statement, the Prosecutor’s Office said: “This designation is the result of a process of careful selection of nominated candidates , which has been achieved in response to the needs and requirements of the position, and the probity they have demonstrated throughout their professional career ”.

According to the Convention for the Pacific Settlement of Disputes (art. 23), the members of this international organization will exercise their functions for six years, counted from November 22, 2019, when Ecuador made its designation.

The criminal Gabriel Ponce said that this will not affect the independence of justice . “They are not appointing him for an office of the Executive within the country. In this case it is an international organization and that has no interference in the administration of local justice. ”

The Permanent Court of Arbitration is responsible for resolving disputes between countries, through international treaties and other arbitration agreements. Issues within its competence include disputes over territorial and maritime borders, sovereignty, human rights, foreign investment and trade-related issues at regional and global levels.

In the Prosecutor General’s Office it was clarified that if there was an issue related to Ecuador, Salazar would not address it.

The internationalist Carlos Estarellas explained that when a case is required to be resolved, a draw is made in the Court between the arbitrators proposed by the member states.

The 11 members of the Anti-Corruption Commission meet today to analyze this designation and determine whether or not there is an impact on judicial independence. “But we do see with concern that this designation affects or delays the investigation processes in corruption cases,” said Germán Rodas, the group’s national coordinator.

In the office of the Prosecutor’s Office , in Quito, five agents specialized in corruption issues committed by state employees handle 5 400 files each.

In addition, six other prosecutors have 23 corruption cases in their possession. On that list are former President Rafael Correa , former Vice President Jorge Glas , former ministers and former assembly members, among others.

Officials say they fail to evacuate all the files they receive.

One of the trials that is about to begin is the one related to the Bribes case. The diligence is called for this Friday, in the Court.

“The Attorney General has to be a totally independent person, neutral of the powers. That international designation is an honor for Ecuador and for the Prosecutor, but the origin of the nomination is complicated, ”said Álvaro Guzmán . “The President should not nominate it, as it is a matter of ethics, even if there is no internal or international regulation that prohibits it. What the Prosecutor should do is excuse himself and thank him for the nomination. ”

On Tuesday, in the presentation of its work report, made at the Assembly, Salazar said that the institutional commitment is to fight corruption and impunity . Yesterday, the entity indicated that this line does not change. “We serve the entire country with 838 prosecutors, of which 498 are multi-competent and 340 are specialized, where 840 tax agents are currently working.”

Nine Ecuadorians in Wuhan are fine; 1194 live in China