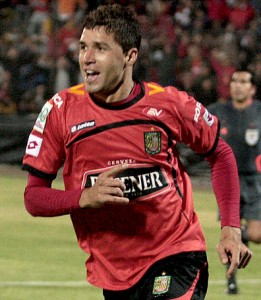 Alberto Diaz confirmed that the Brazilian player Rodrigo Teixeira would sign a contract with Barcelona S.C. Diaz also stated that an Argentinean player is also interested in playing for the yellow team.

“The negotiations are on advanced stages, the Barcelona management has been very supportive and there are few minor details to close the deal. The player shows much optimism and enthusiasm, but until he signs the contract I cannot say the deal is close, but we are on a good track here.” Added the Paraguayan contractor.

Finally Diaz stated that he is working with the Argentinean player for the midfield and things seem to be doing well and they might sign a contract, however the Paraguayan entrepreneur kept the name of the player for himself.

Cheme Suspended by FEF for 2 Years