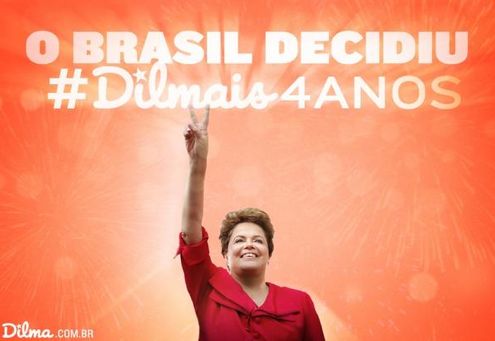 Dilma Rousseff was reelected president of Brazil after slightly beating her contender, the Social Democrat Aécio Neves, in the presidential runoff on Sunday.

With 99.62% of scrutinized polling stations, the Supreme Electoral Tribunal announced that the president won the runoff election with 51.6% of the vote. The opposition leader Aecio Neves, got 48.4% of the vote.

“We work so hard to improve the lives of people who, and we will not let anything in this world, neither the crisis nor pessimism remove them what they conquered, ” Rousseff said before voting in the city of Porto Alegre.

Rousseff’s victory extended the power of the Workers Party, which has held the presidency from 2003 until 2018.