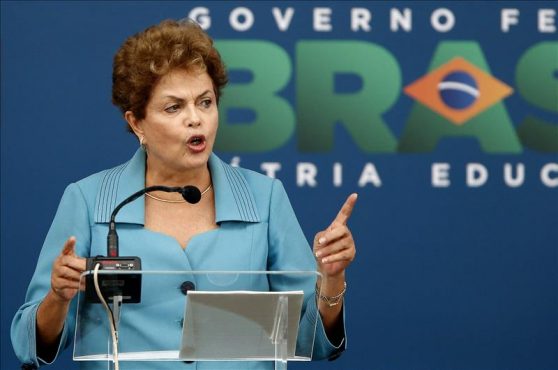 Brazilian President Dilma Rousseff admitted the “democratic” nature of the mass protest on Sunday and said she was willing to hear the “voice of the street” and to convene a “broad dialogue” with those who “want to talk.”

Rousseff said that the demonstrations where more than a million people angry with corruption in state Petrobras and the delicate situation of the country participated, and stressed that this happened peacefully, without any repression or incidents.

The president, in a ceremony held at the Planalto presidential palace, responded to some minority groups who used the demonstrations to demand her dismissal or even a military “intervention.”

Rousseff, re-elected last October for a second term, said that in a democracy, “the polls and the voice of the streets are respected” and concluded that “Brazil is a country that, before the invitations to political abnormality, choose the democracy path.”

The president reiterated that corruption “was not born today” and “it is an old lady that touches everyone,” but reaffirmed her decision to fight it “with all weapons.”