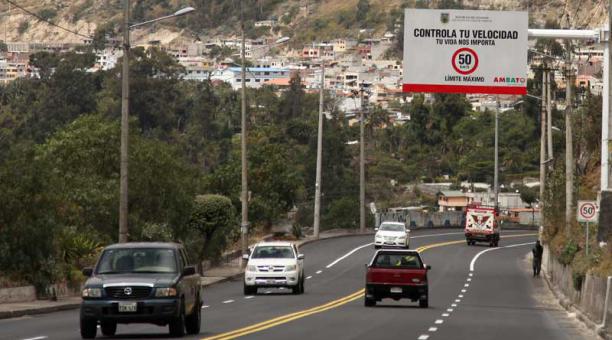 Driving exceeding speed limits is the second leading cause of traffic accidents in Ecuador. The first, according to the National Transit Agency, is to drive distracted, while checking the cell phone, eating, putting on makeup or any other distraction.

However, the institutions that manage traffic in the country prioritize the control of excess speed through economic sanctions fixed by photo radars over road education. One of the most controversial cases is registered in Ambato, Tungurahua, where fines reached USD 25.9 million, between February 2015 and last August, according to the Financial Department of the local municipality.

So far the system, which includes five fixed radars, has questions. Criticism is due to the fact that, supposedly, there are fines applied to drivers guided by incorrect signaling information.

This confirms, according to Legislator Luis Fernando Torre, that the municipality does not seek to correct the misconduct of certain drivers, but to raise money. (I)

Designs are inspired by the ethnic and the ancestral