Discovery of remains of ancient civilization in the south of Peru 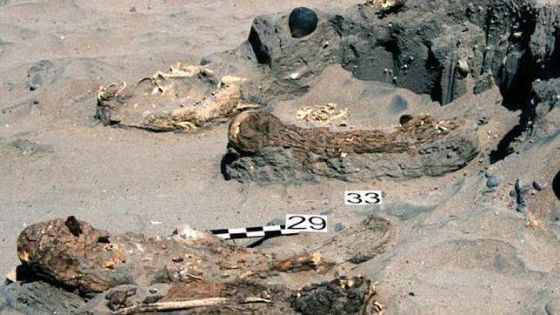 Archaeological remains of a new unknown culture were discovered in the north of Atacama desert, south of Peru. The finding was made by the team of the Institute of Archaeology of the University of Wroclaw.

More than 150 graves that “had been dug in the sand without any type of stone structures, and for this reason were difficult to find and have not been victims of thieves,” said the research Leader Józef Szykulski,  in which have also involved researchers from Peru and Colombia, reported the science news portal from Poland PAP.

The remains dating from the IV and VII centuries after Christ and refers to an agricultural community before the expansion of the Tiwanaku civilization, according to Archaeologists from the University of Wroclaw (Poland).

Some of the bodies were wrapped in mats, others in cotton cerements, and other in nets, which means that one of the forms of activity of that culture was fishing.