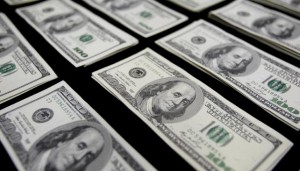 Despite the characteristic volatility of the currency market, in recent months the dollar showed a sustained appreciation. The dollar began to rise against other currencies this year and has begun to generate expectations for the consolidation of the US economy.

Experts said that among the effects expected for Ecuador is a loss of competitiveness of exports, which would become more expensive, because of their payment with dollars in international markets.

President Rafael Correa said in October that the monetary climbing seems even more disturbing than the collapse of oil, because of its influence on the external sector.

However, the President of the Ecuadorian Federation of Exporters (Fedexpor), Felipe Rivadeneira, said it is too early to speak of an economic impact.

“The appreciation of the dollar has not been decisive in the success of our products. (…) We´ve been dollarized for 14 years now and our buyers know what is to work with this currency,” he said.