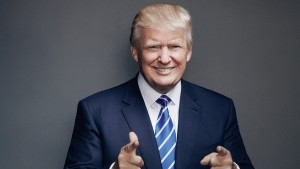 The Politico US website claims that Donald Trump, presidential hopeful of the United States, uses the Twitter social network in the same way of Latin American political leaders such as Rafael Correa, Nicolas Maduro and Cristina Fernandez, this is explained in an article published last Thursday.

The text, entitled “Donald Trump tweets like a Latin American leader,” states that Trump´s tweets, with an informal language and often scandalous, are unthinkable for any other American politician. That language, however, is similar to that used by leftist leaders of Latin America, says the website.

To illustrate this, the article refers to tweets of Venezuelan President Nicolas Maduro or his predecessor, Hugo Chavez, who seem to have been written by themselves and published without passing through filters, similar in style to Trump.

Rodas says that the Government owes $ 70 million to Quito