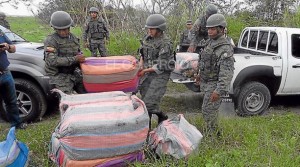 Today the National Assembly debates in the final instance the Drug Law. Therefore, the Legislative Commission of Health raised parameters to work more on the prevention of the problem and the rehabilitation of people with addiction.

In the chapter entitled Analysis and Reasoning, in the same report, it is mentioned the reforming of the Criminal Integral Code and the tightening of penalties for micro-traffickers and criminal gangs involved in medium-scale trafficking.

If changes occur, people who sell alkaloids in small quantities will go to jail for one to three years. They are currently detained from two to six months.

Meanwhile, those who transport and dispense, for example, up to 2 000 grams of marijuana (medium scale traffic) shall be punished with three to five years in prison. Today they are punished with one to three years.

A Technical Secretariat for Drug Control, attached to the executive branch, that will formulate public policies on drugs will also be created. This will replace the current Consep.

Among the general provisions established by the Drug Law are the production, commercialization, distribution and use of narcotic drugs whose components are narcotics, but only for therapeutic purposes or “scientific medical research.”

Planting, growing and harvesting of plants that produce psychotropic substances will only be allowed for the production of medicines under prescription.

For prevention in the educational field, it is proposed to integrate into the curriculum of study centers a thematic a subject about the use and consumption of narcotics

The rehabilitation process specifies in Section 18 that the state must provide these services to occasional, habitual and problem drug users.