Duart: “I will make a prison in Guayaquil for corrupt judges”

The candidate for mayor of Guayaquil for SUMA, Pedro Pablo Duart, told PRIMICIAS that he will ask for the jurisdiction of the prisons, as the first step to face insecurity. 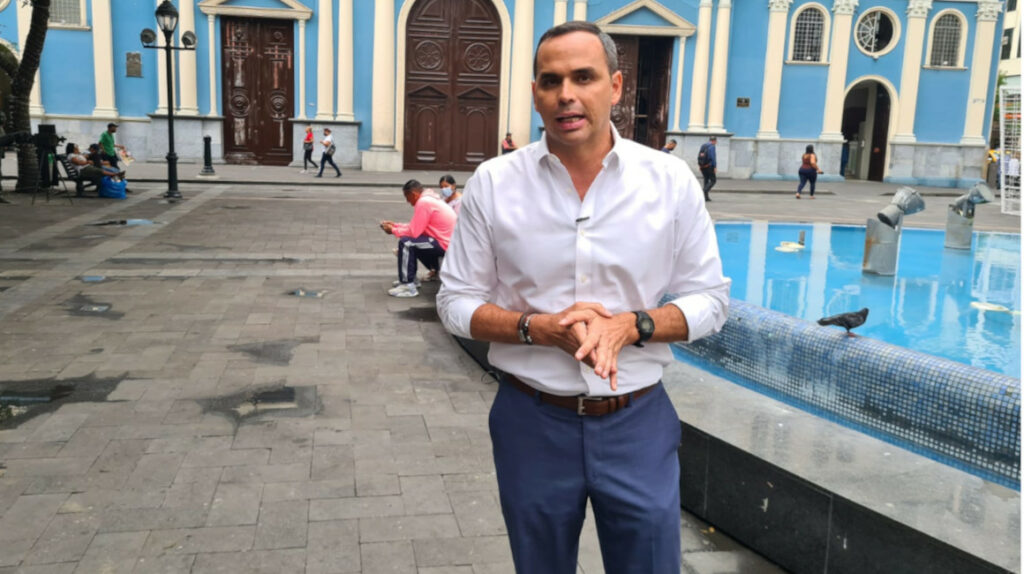 Pedro Pablo Duart, candidate for Mayor of Guayaquil for SUMA, proposes creating a prison for judges and prosecutors.

Building a new highway axis and a prison for corrupt judges and prosecutors is the core of the work plan of Pedro Pablo Duart, candidate for mayor of Guayaquil for the SUMA party, for the sectional elections on February 5.

The applicant questions the current municipal administration and lists the problems that, in his opinion, this city of almost 3,000,000 inhabitants has.

Duart, 44, arrives at the meeting with PRIMICIAS at noon on January 10, in the Plaza de San Francisco, in the heart of Guayaquil, with his advisers, including the Spanish Víctor López, also an adviser to the Salvadoran president, Nayib Bukele.

In Duart’s plans, who led the Directorate of Social Action and Education of the Municipality of Guayaquil (2014-2017) and was governor of Guayas (2019-2020), is to create a Municipal Secretariat against Corruption and the parochialization of Monte Sinaí .

If you reach the Guayaquil Mayor’s Office, will you allocate resources for the security of the city as the current administration does?

And they say they don’t have the competition (in security). If they do not have it, it would be embezzlement, because they could not invest municipal resources. That is the first contradiction to avoid the mediocrity of his management.

They boast that they have invested USD 300 million, according to them. So why have they invested that amount if they can’t do it through the Comptroller’s Office, because you can’t invest resources if they don’t have the competition.

This competition is not assumed for convenience, but for urgency. It is outrageous that people are afraid to go out into the street or that they will be shot at home. Innocent children have died in this situation.

So you have to invest in social action, it is not enough to deliver backpacks, food kits, gas tanks or chickens, there is no road map.

Is security the responsibility of the municipalities?

If it is, you can’t look the other way when people are having a hard time. We will request the jurisdiction of the prisons of Guayaquil, because from those places orders are given to steal, kill and commit crimes.

We will put metropolitan police officers to work 24 hours a day, seven days a week, not during office hours.

We are going to incorporate 1,000 more agents to train, equip and exercise power from the municipality so that they can carry arms.

The carrying of weapons does not depend on a municipal decision, but on the Legislature.

Because if not, we are in unequal conditions with criminals armed with rifles. We must work as a team with the National Police and the Government.

I am of the idea that a new jail should be built for the corrupt judges and prosecutors who release criminals and I assure you that it will be full. Actions must be taken, otherwise we are going to lose the city and the country.

How to recover public spaces, now in the hands of criminals?

It is that the authorities have ceded public space to criminals, who are in the parks selling drugs or prostituting young people, while people lock themselves in their homes. That’s against town planning regulations.

Agents should be encouraged to appropriate, in a good way, the parks.

You also propose the parochialization of Mount Sinai.

Monte Sinai is also Guayaquil, a place that has no water. I know him because I legalized him (when he was Governor of Guayas).

I handed over 5,000 house-to-house title deeds in the middle of the pandemic, when others were hiding, taking out little signs so they wouldn’t visit them.

I am referring to the mayoress of Guayaquil, Cynthia Viteri, who was getting rich off the pandemic, buying land (in Daular) and changing a municipal ordinance, when people were dying in the streets.

Do you know how much it costs to provide water to Mount Sinai? Approximately USD 50 million, out of a budget of USD 1.2 billion, and that they cannot bring water to an important sector?

What would be the role of the Municipal Secretariat against Corruption that you plan to create?

It will put a strong hand with a citizen oversight so that all the expenses of the municipality and of the foundations are transparent.

That is the function of the councilors, who must supervise the municipality.

But they don’t, they are iguana councilors who raise their hands and shake their heads. That’s what we don’t want. That is why it is important to change the way of doing politics to integrate citizens.

This secretariat will not be a bureaucratic entity but will control how the budget of the people of Guayaquil is spent.

Why is the city full of garbage if there is a contract with Urvaseo (consortium in charge of waste collection) for USD 400 million?

We are going to implement a garbage collection service to carry out a program called Basura por Cultura, which was created in Curitiba (Brazil), and which consists of taking the waste to a collection center in exchange for tickets to the theater, the cinema or school supplies.

How to decongest roads, such as the Perimetral, collapsed by heavy vehicle traffic?

The fifth bridge and a new road axis are necessary, a new perimeter road that connects the road to the coast with Monte Sinai and that connects with Guayaquil and Durán.

We have an urban planning board made up of important university academics who advise us to make viable decisions.

The city must be decongested. The Aerovía does not work as a means of transportation and costs approximately USD 130 million, almost the same as the Metrovía, which mobilizes 420,000 people.

The idea is to integrate the two systems with fluvial transport on the Guayas River.

Until now the National Electoral Council. There are no contributors, nor do we have bank accounts. We have done everything with volunteers, I do not pay people USD 40 to join the caravans, as the traditional parties do.

The parties pay USD 10 dollars a day for their “followers” to go to the rallies. Here is a cause to rescue Guayaquil, not a checkbook. I am not impromptu in politics.

What do you live on?

Of my resources, of my family patrimony. My family is wealthy, thanks to the efforts of my parents. We have devoted ourselves to agriculture, to planting rice and shrimp.

I am the candidate with the highest declared wealth and the figures are public.