Ebola vaccine is not expected before January of 2015 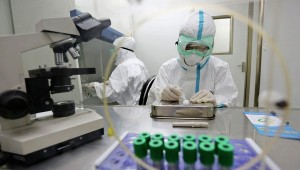 The World Health Organization (WHO) said that a vaccine for ebola is not expected  until January. Such treatments would begin to be tested in the countries affected by the disease in West Africa in early 2015.

Currently, sixty people are participating in a clinical trial at the Jenner Institute, Oxford (United Kingdom). To do this, part of the virus was injected on volunteers to find a solution.

On September 5, a meeting of the WHO Experts was held to promote the priority of the development of two vaccines to combat Ebola: The adenovirus type 3 chimpanzee and vesicular stomatitis.

Studies to apply them are held in the USA and will soon start in Europe and Africa. Specialists are waiting for the first results on safety for November.