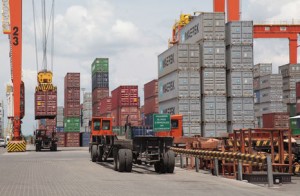 Total imports (in dollars) dropped 2.5% in the first two months of this year compared to the same period of 2013, according to a report from the Central Bank of Ecuador (BCE).

According to the trade balance, purchases made in millions of dollars into consumer goods fell by 6.5% overall. However, the amount of tons that entered the country was higher at 19.6%.

The decline in imports is a trend that has been noticed since early this year and economic analysts have linked to the new import regulations imposed by the Comex in December last year.

Diego Oquendo is called to the Supercom by “media lynching”