Ecuador added $ 235 million of monetary gold to the International Reserve. Thus the reserve of this metal in Ecuador reaches $ 1 billion, announced yesterday the manager of the Central Bank of Ecuador (ECB), Verónica Artola, who explained this process of strengthening the Reserve in general. 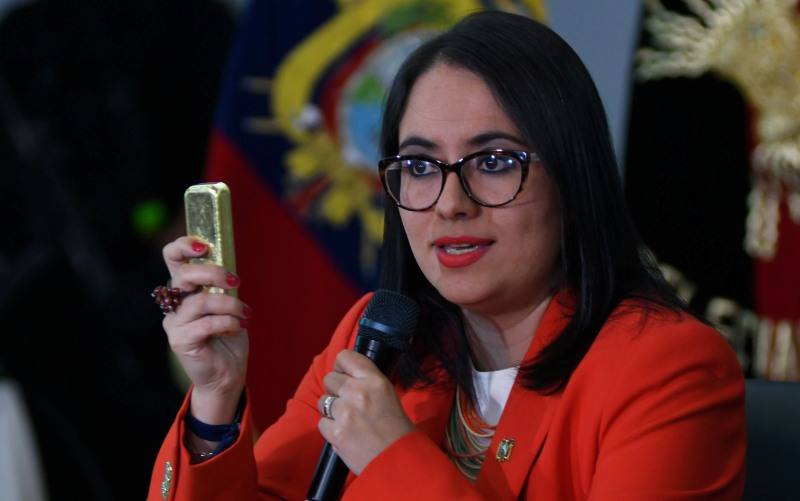 The official said that since 2016 the ECB began buying gold from small-scale and artisanal producers.

This material was melted and maintained as non-monetary gold, with the idea of ​​refining it and making monetary gold, which is a very liquid asset, with which other types of operations can be carried out to access financial processes.

Raising the Free Availability Reserve to $ 5,000 million is the goal of the Government of Ecuador
Last week, the refining process carried out by a Swiss company was successful. The increase in monetary gold can be seen from today in the ECB bulletins. The Reserve in general only increases by about $ 30 million, because non-monetary gold was being accounted for, and what changes at the integral level of the reserve is the revaluation for refining.

Artola stressed that this type of process of monetizing gold had not been done for 30 years. He also commented that the ECB buys 322 small and artisanal producers, who must be legally constituted, registered with Arcom and pay taxes in the SRI on time.