The banana sector faces its last challenge of 2019. It has to distort the presence of the humpback fly in the fruit, given Russia’s warning to restrict the entry of Ecuadorian fruit. The Fito and Zoosanitary (Agrocality) Regulation and Control Agency planned to send a report to Russian authorities until late yesterday. 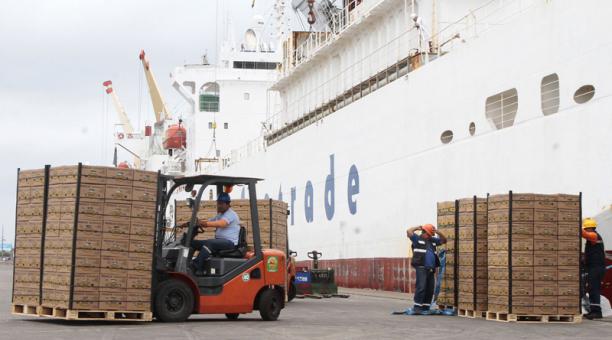 The objective is to demonstrate that the insect is not endemic in Ecuador and that phytosanitary and traceability controls are applied to the entire banana production chain.

The country exports more than 300 million boxes of bananas per year to more than 85 destinations, and they all meet those requirements, explains Patricio Almeida, director of Agrocalidad. Russia is the second destination in the amount of shipments, with 61.5 million boxes, after the European Union (EU), with 81.9 million, according to the Association of Banana Exporters of Ecuador (AEBE).

As it is one of the most important markets, the controls in ports have been reinforced and a strategy between the public and private sectors is being worked on. Agrocalidad analyzes to include as part of the export protocol a deep cleaning in containers and a mesh in the boxes to prevent the entry of insects.

The Russian Veterinary and Phytozoosanitary Control Service informed Ecuador, earlier this month, that the presence of the fly is quarantined in the member countries of the Eurasian Economic Union (UEE). For this reason, Russian laws restrict the entry of infected products into the country.

Agrocalidad issued a document, on December 1, to reaffirm that this is not a pest associated with the cultivation of bananas in any of its stages, but that it may be “cross-contamination”.

Overcoming this phytosanitary barrier is key in the Russian market, which from January to October of this year registered a 3.24% drop in sales, in relation to the same period of 2018.

Another issue that has meant a challenge for the sector this year has been to circumvent the entry into the country of the Fusarium Raza 4 fungus, which was detected in Colombia, last August. In July the alerts were lit in America, when the suspicion of the fungus in the neighboring country became known.

The plague forced Ecuador to activate biosafety and containment protocols to prevent an evil that destroys plantations in other parts of the world from crossing the borders.

The alert represented a total change within the sector. The farms implemented structures for the disinfection of vehicles and footwear as part of the application of Good Agricultural Practices to exclude the dangerous pest. Despite the threats this year, banana exports grew 1.4% between January and October, compared to the same stage of 2018.

That means that 293.5 million boxes were sent, although in October the negative impact of the 11-day strike was felt. Sales to Russia and the EU, which account for 48.87% of exports, registered a fall this 2019. Shipments to the European market fell 15% (see infographic). Raúl Villacrés, director (e) of the union, said that the figures as of September 2019, disclosed by Eurostat, indicate that banana imports have fallen by 1% compared to the same period of 2018. That means “a ceiling on demand” , in countries like Italy, Germany, Belgium and Poland.

“The European consumer is attracted to exotic fruits and better prices.” In Russia, on the other hand, where Ecuador supplies 96% of the fruit, the fall in sales is due to the increase in the production of apples, with high local consumption. Richard Salazar, president of Acorbanec, explained that the EU pressures its suppliers to offer cheaper bananas.

“Central American countries (especially Guatemala) reacted to the market recovery that Ecuador had for the 2016 Trade Agreement and lowered prices, removing market.”

Sales, on the other hand, found growth niches. The Middle East became an option for producers and exporters. Represented, until October, 15.11% of participation, according to AEBE. The volume sent was 44.3 million boxes, higher than that reached in the same period of 2018.

Turkey, Saudi Arabia, Iraq, United Arab Emirates, Iran and Qatar are some of the countries where the fruit has been placed. These destinations, together with East Asia, absorbed bananas that were not placed in the European Union. The ExtraBan company, for example, has been exporting to these countries for five years.

Luis Bayas, the company’s commercial coordinator, said they send 400,000 boxes weekly. The Agzulasa company has also chosen to diversify its market with these destinations. Marianela Ubilla, representative of the exporter, points out that the Middle East allows expanding the number of customers for its offer. It exports bananas, bananas, baby bananas and red bananas which have different brands, such as Ecuasabor, Akebana and Kassandra.