Motivation to its inhabitants , an impulse to create new routes and tourist products and a slight increase in local visitors is what they have perceived in some towns that have already been declared Magical Towns of Ecuador . 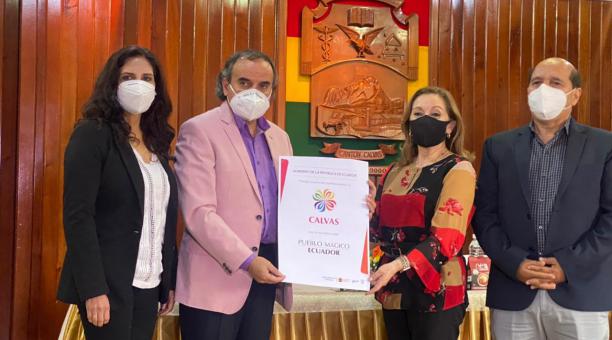 The most recent recognition was delivered this Thursday, March 18, in Calvas ( Loja ).

The initiative was organized since 2018 but in 2019 the first five recognitions were awarded to the towns of Tungurahua, Chimborazo, Imbabura, El Oro and Carchi .

While the Ministry of Tourism does not provide resources to each locality it becomes Pueblo Magico order to boost this activity itself has raised a Plan for Strengthening four MLAs. The idea is to address the development of products , gastronomic identity , revaluation of heritage and promotion .

To meet each objective, talks , seminars , training sessions and meetings have been held with the tourist sectors of some of these towns, in order to fully exploit this denomination .

They have done this in destinations such as Zaruma, Patate or San Gabriel . The authorities of the latter city, located in the province of Carchi , assured that local tourism has increased after the name that “has given a twist and added value to the people who, today, work motivated in better days.” He said the Deputy Mayor Carmen Paucar during a visit by a group of tour operators and Minister Rosi Prado Holguin last week.

For the Ministry of Tourism, the results of this program will be in the medium term because during 2020 all activity suffered serious losses economic by the pandemic of the covid-19 .

Precisely why there have been strong critical to this initiative from the chambers of tourism in the country. Holbach Muñetón , president of the National Federation of Chambers of Tourism ( Fenacaptur ) has been emphatic in commenting on the Magic Towns program and the scant support that this means for domestic tourism . Instead, the leader reiterates, the sector needs other types of aid to continue generating employment .

The call to apply for the Magic Towns program will be held after a year, according to the Ministry of Tourism itself. And every two years localities that have this distinction will go through a phase of evaluation .