Since losing his job as a pilot for a commercial airline, Victor has been unable to re-enter the airline job market. The crisis that unleashed the coronavirus contracted the positions and it has been difficult for him to find a position. He, with other colleagues, is waiting for the situation to improve somewhat to look for opportunities abroad. 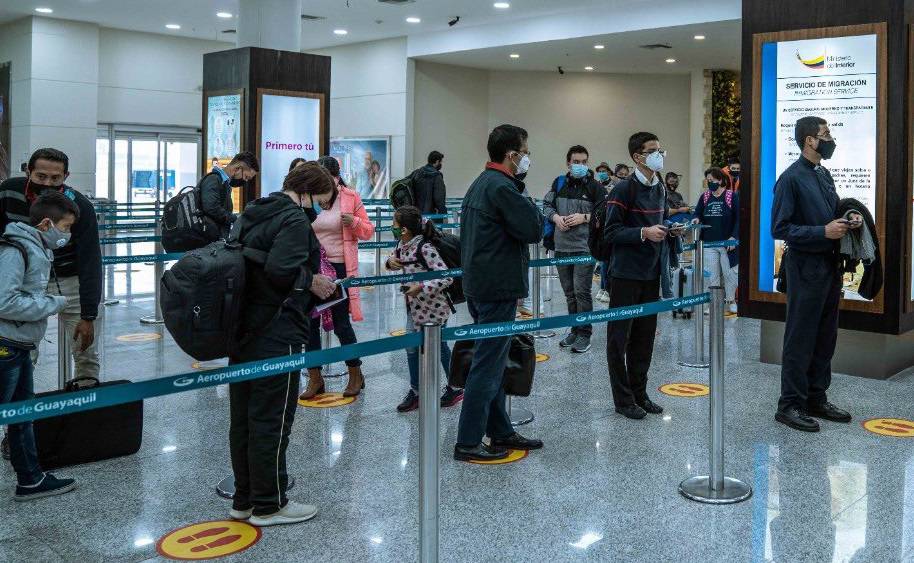 Pablo, a pilot who worked on private flights, also lost his job ten months ago when they stopped requiring his services in a company. The last thing he has done is to submit his resume to an airline that intends to start operating this year with small planes. “The pandemic has destroyed aviation and tourism,” he says with resignation.

As in other sectors, the coronavirus wiped out thousands of administrative and operational jobs in commercial aviation companies, private flights and airports. An estimated 5,000 places were put at risk. After a year, the scenario remains complex and the reductions have not stopped in companies that saw their income fall.

Although passenger traffic has been increasing progressively since last June when flights were reopened, the levels are lower than the months before the pandemic. People are not traveling the same and the reactivation is slow, they point out in the sector.

Without Tame in competition, Avianca, Latam and Aeroregional are the only largest lines that are left flying in the domestic market, but not with all their frequencies. In addition, the first two are undergoing restructuring processes after their parent companies filed for the United States Bankruptcy Law.

Fernando Fiallos, a lawyer specializing in aeronautical and space law, points out that the restrictions and border closures had an economic impact on the airlines, which live with a large part of the cash flow. Hence, without income, they had complications to sustain their costs.

The specialist who made projections of the impacts during the pandemic estimates that the air transport industry and associated tourism in Ecuador would have had losses of more than $ 1,400 million. Official figures refer to losses in the entire tourism sector of almost $ 3,000 million.

The latest statistical report released by the Ecuadorian Civil Aviation Directorate (DGAC) in a panel of the Andean Community of Nations indicates that Ecuador stopped transporting more than 5 million passengers by air in 2020 , going from 7.45 million from 2019 to 2.41 million passengers in 2020.

This implies a drop of 68%, two percentage points above the 66% reduction that was registered worldwide according to data from IATA, the body that brings together airlines.

Daniel Estévez, Director of Operational Safety of the DGAC, mentioned days ago before the CAN that the fear of people to travel and the restrictions applied by certain countries were factors that influenced this decrease in passengers.

Currently, at the Guayaquil airport, national frequencies are at 25% in relation to the time before the pandemic and international traffic is between 30% and 33%. “The truth is that the drop today is 70%,” says Ezequiel Barrenechea, vice president of Tagsa, the concessionaire of the Buenos Aires airport.

The manager points out that between the Guayaquil airport and Baltra, which is also managed by Corporación América, the staff cut does not reach 20% , as they have tried to take care of jobs. Among the measures they have taken is that part of the staff work at home, reduction of working hours and rotating shifts.

In travel agencies, which move part of the passengers who travel by air, there is the feeling that the reactivation is slow. Juan Pablo Proaño, president of the Association of Travel Agencies, Operators and Tourism Wholesalers, maintains that there are months that have had ups and downs.

The businessman indicates that in outbound tourism there is movement to destinations such as Mexico and the United States , but he points out that there are people who are traveling for immigration purposes and others for commercial reasons, such as bringing merchandise.

On the side of receptive tourism, Proaño explains that there is not a significant arrival of foreign visitors and rather it is the Ecuadorians who in these months have made up for part of this absence of foreigners, although with less expense.

The recovery is still tied to how demand moves, but also to other factors. Fiallos and Proaño agree that the recovery process will depend on the measures taken to regain confidence and on how the coronavirus vaccination process advances.

In travel agencies and tour operators, it is expected that the new requirements that will come into effect from March 22 will further reactivate the sector. In these requirements it is contemplated that travelers who have a card with the two doses of vaccine against COVID-19 will be able to enter without presenting PCR tests. In addition, there is the flexibility that antigen tests are presented and not just PCR as it was in the last ten months.

The tourist entrepreneur Niel Olsen on his Twitter account says that this is good news for tourism, considering that 2 million are vaccinated every day in the United States alone and that is the main market from which tourists arrive.

Fiallos believes that to recover the air transportation sector additional state support is required. “Recovery will depend a lot on the support that the State can give, such as credit lines support, reformulation of aeronautical policy, flexibility in the prosecution of infractions and other aspects,” says Fiallos. (I)

Ecuadorian pilots who worked abroad for airlines in Asia and the Middle East have returned to Ecuador since the pandemic broke out.

Some airlines they worked for terminated contracts or sent them on leave without pay due to the reduction in flights.

A pilot who worked on an Asian airline commented that since the pandemic, airlines began to reduce their personnel and the foreign workforce was one of those that was immersed in those cuts.

“The market is so small in Ecuador that you have extensive experience and many hours of flight there are no seats, there is now an oversupply of pilots,” said the pilot.

Another pilot who worked on a local line indicated that before the pandemic the alternative was to go to work abroad, but not even that possibility is viable in the face of the global crisis that affects the airlines. (I)