Ecuador and China would boost tourism with regular flights 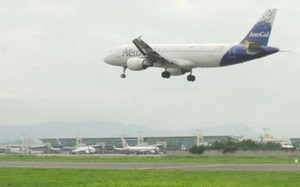 Ecuador and China to increase their tourism

Ecuador and China signed yesterday an agreement to establish 14 new regular flights between the two countries in order to boost the tourism. The Ecuadorian Foreign Minister Ricardo Patino said this, during his visit to Beijing.

Patino is in China until tomorrow, explained that the signing of this agreement came after a Ecuadorian foreign policy conference at the University of Foreign Studies of the Chinese capital. “They will be direct or with stopover flights to be offered to any Chinese company or Ecuador,” said the Chancellor without giving details.

Ecuador seeks to increase the number of tourists to the country, currently there are around 12 000 visitors a year, and it is estimated that China would leave more than 90 million Chinese to visit other countries next year.