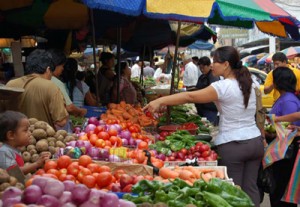 The annual inflation rate exceeded official targets, standing at 4.19%, while the accumulated was 3.15%, according to the National Institute of Statistics and Census (INEC for its Spanish acronym)

Inflation in September stood at 0.61% compared to 0.57% in the same month of 2013, however, it exceeded the annual official targets, standing at 4.19%, while the accumulated was 3.15% according to the National Institute of Statistics and Census (INEC for its Spanish acronym).

For Alberto Acosta Burneo, an indicator of 4.19% in a dollarized economy is high. The Editor of Weekly Analysis , says that is not appropriate to maintain those levels of inflation in the long term because it means that Ecuador is becoming more expensive. Furthermore, a reasonable annual inflation target is between 2% and 3%.

Moreover, Santiago García, professor and economic analyst considers that a 4% annual inflation is technically a good level, especially when taking into account the structural conditions of the country as its high vulnerability to international prices.