The Minister of Production, Julio José Prado, held meetings with the Ecuadorian fishing sector to keep tuna within the negotiation with Mexico. 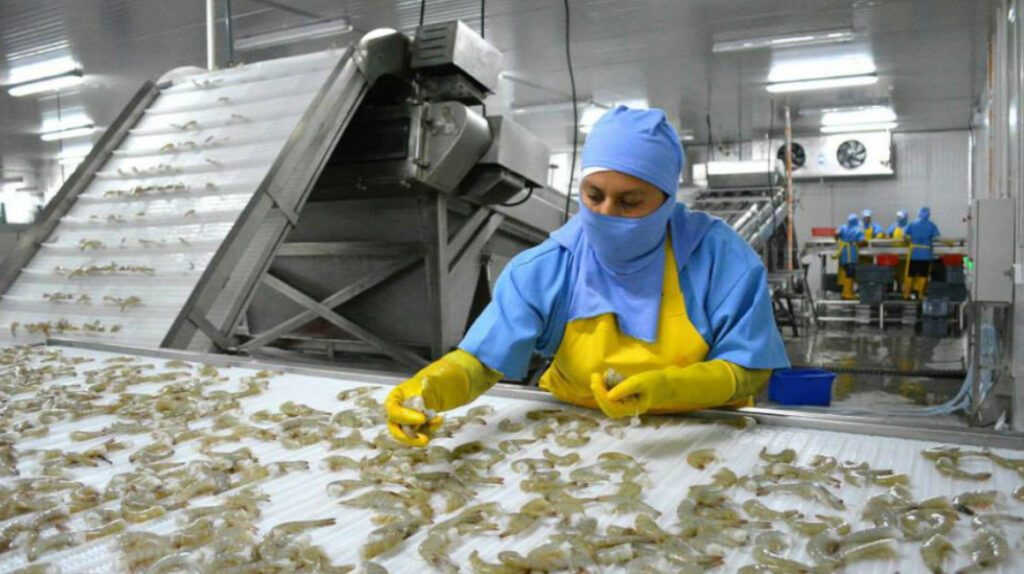 Reference image of a shrimp farm in Ecuador, in August 2020.

The last round of negotiations for a trade agreement with Mexico remains open due to lack of consensus on three products from Ecuador , which are sensitive to Mexico: shrimp, bananas and tuna.

The administration of President Guillermo Lasso has asked the Mexican government for a response on what the access of Ecuadorian shrimp and bananas to the Mexican market will be like, says the Minister of Production, Julio José Prado.

Ecuador is seeking an agreement with Mexico with the aim of paving the way for it to become a full member of the Pacific Alliance , one of the main economic blocs in the world.

In an interview with PRIMICIAS, Prado talks about the progress with Mexico and the search for trade agreements with other countries, including Costa Rica and Canada .

What happened to the ninth round of negotiations with Mexico?

There will be no new rounds. The ninth is the last and is still open despite the fact that 99% of the tariff items are already closed.

What is missing is a definition of financial services, which is of interest to Mexico. Progress is also being made on the issue of the origin of fishing and the access of products such as bananas and shrimp, which are of interest to Ecuador.

On the last point there were discrepancies. Mexico has said that there is no access for these products, but Ecuador has insisted that there needs to be some type of access to that market.

With that scenario, what will happen with the negotiation of the agreement?

At the Summit of the Americas, President Guillermo Lasso asked Mexican Foreign Minister Marcelo Ebrard for a response to Ecuador’s proposal on market access for our two main products.

You met with the Mexican Economy Minister, Tatiana Clouthier, at the Summit of the Americas. What is the result of the meeting?

With the minister we made progress in other products and matters, in which technical definitions were lacking. We talked about tuna and the origin of other products.

We talked about how Mexico’s exportable supply will turn out, especially that of the industrial sector. On this subject there is an agreement that was accepted by the productive sector of Ecuador.

You say that there is an agreement on Mexico’s exportable supply. For the Ecuadorian business sector, this has been a mistake, because the country was left without currency to negotiate the entry of shrimp and bananas.

The management of the industrial sector in the negotiation has been a gain for Ecuador, because longer tax relief periods were achieved than those provided for in the agreement with the European Union.

The tax relief periods are five years, seven years and, in some items, up to 10 years.

Our intention is not to reopen those games to negotiate shrimp and bananas.

Because Mexico could tell us that it accepts the entry of bananas and shrimp in exchange for reducing the tax relief time for some industrial items.

We have managed to separate these issues and that is a gain.

The fishing sector sent the Government a letter requesting that tuna be excluded from the negotiation with Mexico. Was that request accepted?

We spoke with the Ecuadorian fishing sector, which made this request due to the public declaration of its counterpart in Mexico, which assured that shrimp, bananas and tuna were not going to be included in the treaty.

The request was a reaction of the fishing sector to the disinformation that came from Mexico.

We met again with the Ecuadorian fishing sector and with the Mexican negotiating team, and we agreed that the products of that economic activity may be included in the agreement.

For this, an annex for the exchange of information on the fishing sector is missing. Although Ecuador has several red lines, we are about to make progress on this negotiating point with Mexico.

Is the possibility of not signing an agreement with Mexico still on the table?

Not closing a trade deal is always on the table. This can happen if 1% of the topics do not enter, despite having exhausted all the instances.

But at the Summit of the Americas we raised a white flag, because there was a kind of skirmish on social media.

The negotiation has gone very well, we have been friendly, we have negotiated strongly from both sides.

Therefore, we sit down at the table again to solve what is missing and find a mechanism to focus on other aspects that are of interest to both countries.

Ecuador is interested in closing the agreement to address its entry into the Pacific Alliance. Instead, Mexico wants to focus on a treaty with South Korea.

What happens if the negotiation with Mexico cannot be closed?

Ecuador’s interest is very clear: close a well-negotiated agreement with Mexico and start the process to enter the Pacific Alliance.

Despite the changes in political trends in Latin America, the countries are interested in maintaining the Alliance and quickly joining Ecuador.

The pressure on Mexico to close the agreement does not come only from Ecuador, but from the other countries that are part of the Pacific Alliance, that is, from Colombia, Peru and Chile.

Ecuador added to its agenda the interest of signing trade agreements with Canada and Costa Rica. What are the opportunities?

With Costa Rica we are going to seek to exclude products that compete with those from Ecuador, such as some types of bananas and pineapples.

Ecuador is very interested in importing manufactured products and services from Costa Rica. There is a lot of interest in auto parts.

Costa Rica has an interesting market in pharmaceutical and automotive activities, as well.

What are the opportunities with Canada?

The Canadian economy is very interesting, it is among the 10 largest in the world. It is a country with a very high level of income.

For this reason, we can sell you all our products from the exportable basket, from agribusiness to manufacturing.

From Canada we can import inputs for the agricultural sector, such as agrochemicals, raw materials, fertilizers, fertilizers and urea.

Their knowledge about financial services and technology can be leveraged.

Is there interest in deepening Canadian mining investments?

Canadian mining, which is very responsible, is very interested in coming to Ecuador. We will negotiate a comprehensive agreement with Canada, like the one we seek with Mexico.

We will follow the model of the trade agreement that exists between Mexico, Canada and the United States.