“We have achieved the supreme value to which we all aspire: peace in our country. The strike ended. Now we begin together the task of transforming this peace into progress, well-being and opportunities for all”. That was the first reaction via Twitter of the President of the Republic, Guillermo Lasso, after an agreement was signed at the Ecuadorian Episcopal Conference (CEE) to end 18 days of national strike. 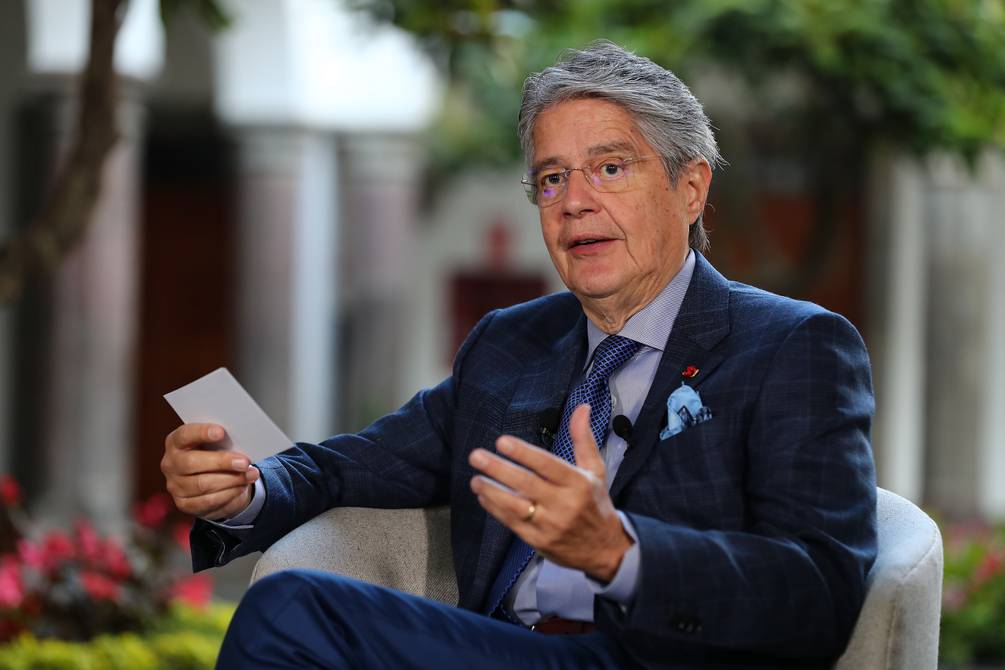 President Guillermo Lasso assured that “the supreme value to which we all aspire: peace in our country” has been achieved. He celebrated the end of the strike, assuring that now the task of transforming this peace into progress, well-being and opportunities will begin together with all Ecuadorians.

Among the main points of the agreement is that the regime agreed to lower five cents more to the prices of the gallon of extra and ecopaís gasoline and to that of diesel, with which in both cases they were reduced by fifteen cents, counting the ten that it had days behind. With this, gasoline will remain at $2.40 and diesel at $1.75. In addition, work will be done on policies to target fuel subsidies.

Executive Decree 95, which refers to oil policy, will also be repealed; Executive Decree 151 will be reformed in the sense that mining activities cannot be carried out in protected and archaeological zones, or water protection zones; and that the right to free prior consultation among indigenous peoples will be respected; A reform bill will be drawn up for article 66 of the Amazonian Territorial Circumscription Organic Law.

Using the same Twitter social network, the Minister of Government, Francisco Jiménez, expressed: “We signed the Act for Peace with which the strike ends and a call is made for peaceful coexistence, public order, economic development of the country and national reconciliation. Today there are no individual winners or losers, today the only winner is Ecuador”.

In addition, the Government highlighted that, in response to requests from Conaie, Feine and Fenocin, the following executive decrees were drawn up: 452, which orders governors to intensify operations and control mechanisms to prevent speculative processes, which raise prices; 454, which provides to declare an emergency in the health sector; 456, which proposes compensatory public policies for the rural and urban sectors, such as increasing the human development bond to $55, or increasing the budget for bilingual intercultural education; and 462, which reduces the price of diesel and extra gasoline and ecopaís by $0.10.

The act of mediation was held at the headquarters of the CEE, in Quito, with the intervention of its president, Monsignor Luis Cabrera. Minister Jiménez also participated as delegates of the president; the secretary of the Administration, Iván Correa; and the legal secretary of the Presidency, Fabián Pozo; while for the indigenous movement, the presidents of Conaie, Leonidas Iza; of the Phenomenon, Gary Espinoza; and de la Feine, Eustaquio Tuala .

Regarding what President Lasso said on Twitter, the Minister of the Interior, Patricio Carrillo, also using that social network, noted: “The paralysis leaves social fractures, the public rejection is understandable. Work must be done so that the State has greater capacity for maneuver and the disorder that today has no borders has limits. We will change when democratic honesty is demonstrated from the opposition”.

Carrillo took the opportunity to congratulate the professional work of the National Police and the Armed Forces, who he said are “democratic institutions, committed to peace and security throughout Ecuador.”

Via Twitter, former president Rafael Correa questioned Guillermo Lasso’s actions during the days of the strike , saying in a thread: “It’s good that the deaths and violence stop, but this shows that the only thing Lasso is interested in is keeping his position, not the country. If (Leonidas) Iza was not a legitimate interlocutor, and Conaie’s claims were not valid, why does he accept them? (…) And if Iza was a valid interlocutor, and Conaie’s claims as well, why did he wait so long? That “wait” has cost us repression, destruction and death. He never cared about the country, only his armchair”.

At the moment in the streets of Quito you can see indigenous people walking through the streets with flags in their hands, shouting phrases that speak of a triumph of social protest. The sounds of the vuvuzelas and the whistle of trucks that travel through certain streets with members of various indigenous communities in their boxes, are the tone of this first hour after the strike in the capital ended. (YO)