Nationally, the first night of a curfew began this Tuesday, which will run from 9:00 p.m. to 5:00 a.m. the following day. It is one of the measures by state of exception that the President of the Republic Lenin Moreno decreed to prevent the expansion of the coronavirus. 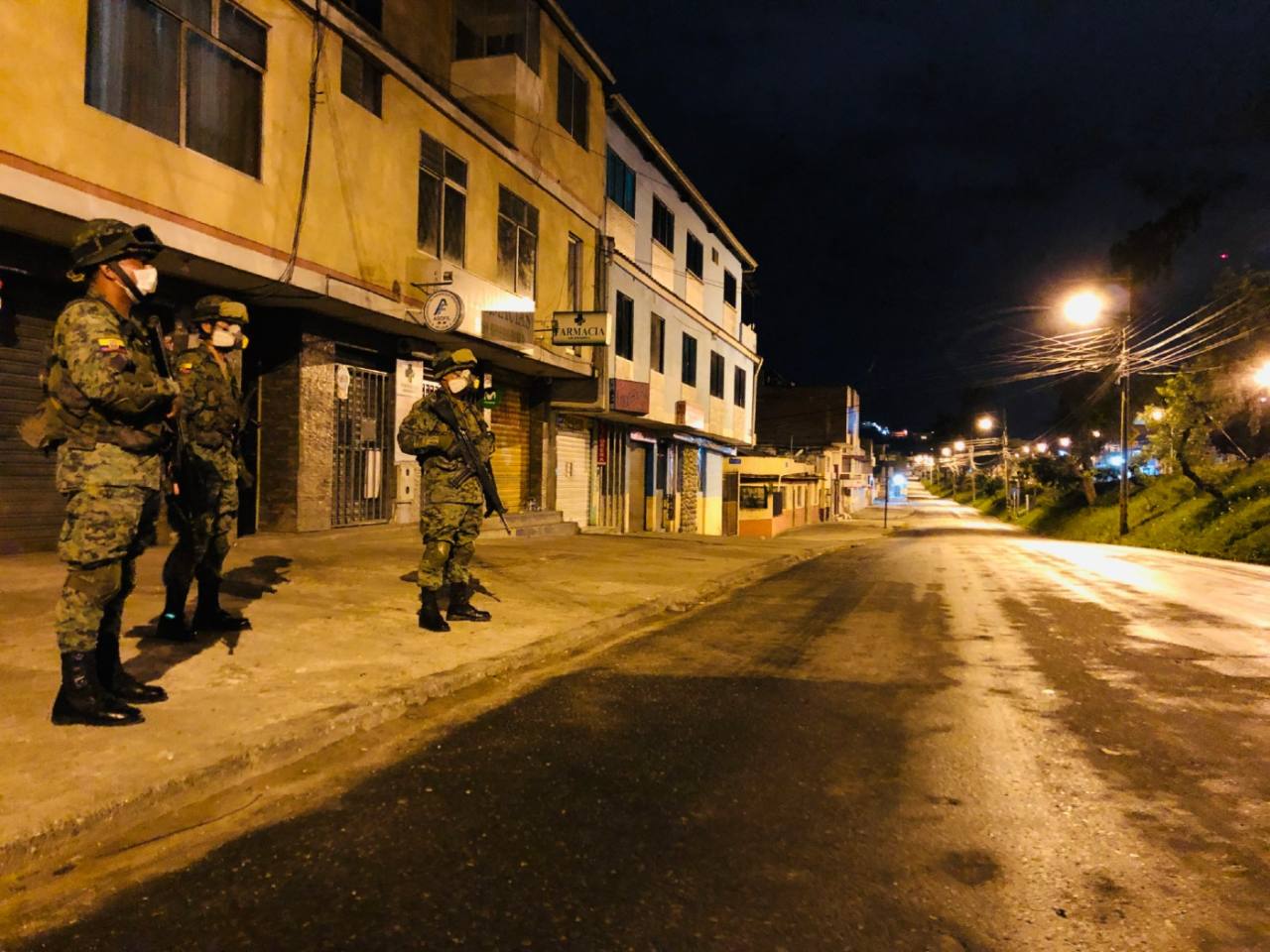 Military, national police and members of institutions such as the Ecuadorian Traffic Commission (CTE) began controls to prevent the movement, on foot and by vehicle, of citizens. Anyone who fails to comply with the measure may be detained and face a sentence of one to three years in prison.

One of the control points was Samborondón avenue, in the canton of the same name (Guayas province), at the height of the Amagua drinking water company.

In Quito, uniformed people walked the city to verify that nobody is in the streets and that the vehicle restriction is fully complied with. Minutes before the curfew came into effect, a few private vehicles, since there was no public transportation all day in the capital of the Republic, were trying to get home; Food delivery people could also be seen moving on motorcycles and bicycles.

QUITO.- Northern routes of the city after the start of the curfew (Xavier Reyes, EL UNIVERSO)

In cities like Loja, uniforms carried out controls using their weapons and masks. Around 22:00, some vehicles that were traveling on 8 de Diciembre Avenue were stopped and their occupants were suggested to go to their home.

The city showed its streets with lights and closed doors. Silence in many sectors even allowed listening to a television or radio on in the background that reproduced the latest measures taken by the National Government.

The land terminal closed its doors, but there was no lack of a citizen who arrived, pretending to find some inter-cantonal transportation.

Urban transportation in Loja was suspended in the afternoon of this Tuesday, and will remain so until second notice, according to the leaders of the transportation.

Earlier, long lines could be observed in premises where gas for domestic use was distributed. “Surely due to nervousness and prevention in case of shortages,” citizens said. However, the product is sold without any restriction, although home delivery vehicles were not seen.