BREAKING NEWS
Teachers learn online and add e-learning to their resume
Humanitarian Law reduces working hours to maintain employment
New activities are authorized for cities with red and yellow traffic lights
Extra gasoline and diesel fall, in a new price system in Ecuador
ICTs play an important role against covid-19 in Ecuador
54% of the local population access mobile connectivity
Students from 100 schools on the coast start virtual classes from this May 18, 2020
Approved change in payment of life pensions would reach Rafael Correa and Jorge Glas
In Manabí, 9 detainees, including Assemblyman Daniel Mendoza’s adviser
Ecuadorians finalists in competition in Mexico for digital entrepreneurship

The representatives of the private financial system say they are aware of the critical situation in the country, so they decided to postpone the collection of fees for up to 60 days, of personal microcredit loans, as well as those granted to small companies, deferring them without surcharge by default at the end of the originally agreed period. 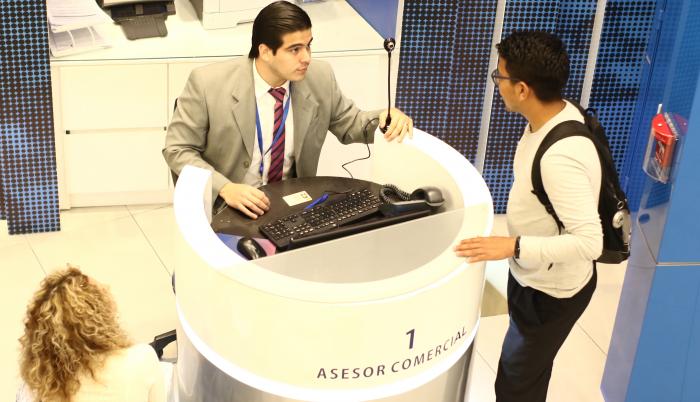 In this crisis scenario, they say, it is necessary to continue contributing to economic stability, channeling resources to the neediest sectors, but also managing bank liquidity with “great caution” to guarantee the custody of depositors’ money.

For the first objective, the bank has already announced its intention to disburse $ 12,000 million for the next 6 months. On the morning of this Monday, March 16, Julio José Prado, president of the Association of Private Banks (Asobanca) , mentioned that this will serve to keep credit lines open. “There will be new loans, but in many of the cases we believe that they will be restructuring, renewals and extensions of credit terms, precisely for those companies or individuals or families who are feeling the direct effects of the coronavirus,” he said.

In the case of restructuring and renovations (for the other sectors), these will be applied on a case-by-case basis, and not through general measures. “Each banking institution will carry out an analysis of the individual conditions of each client, in the same way as it was done in the year of the earthquake,” Prado said in the morning.

But will this refinancing imply changes in interest rates? Prado explains that this process will involve changing credit conditions, and that will probably force banks to review those rates; However, he explained that the purpose of this is that individuals and companies pay lower fees and that these payments can be appropriately deferred.

With the placement of $ 12 billion, private banks hope to end this year with a credit balance that at least maintains the growth of 10% that was registered last year, when the system reached $ 30 billion.

President Lenín Moreno , on the national network, announced that a mechanism is also being worked on to make public banks join this objective of improving debt conditions. Jorge Wated, Chairman of the BanEcuador Board of Directors, said he already has an outlined plan for the refinancing that will be announced in the next few hours. In the National Corporation (CFN) it was reported that this process is still being fine-tuned.

“WITH THE REALITY WE LIVE, YOU CAN’T EXPECT THERE TO BE MUCH LOWER RATES”

Why is it difficult to propose a general moratorium from the financial system? This is what people are asking for on social media.

The interest is not that people fall into default, but rather to help refinance those operations, but individually. Each client has a different condition. Therefore it cannot be generalized and what we will do is review case by case, to see the needs.

What is the risk of not individualizing each case?

We cannot use political measures that may sound good, but when applied, they end up increasing the level of risk and generating a counterproductive effect. Any money that is lent is depositors’ money, although we are totally open to finding solutions that allow us to meet the requirements of the productive sectors that are affected, our main duty is to protect the level of risk and the confidence of depositors. And this handling is the one that has to be done very prudently.

At what rates will these new loans be, to what extent can banks satisfy people’s request that the rates be no more than 6%?

In this case, what we are seeing is that the interest rate of the Ecuadorian economy, the one that banks pay to keep deposits in banks, is growing, at its highest level in the last 5 years (6.24%). This is a level that reflects the lack of liquidity in the market and the need to maintain these resources in banking. Obviously, with this indicator, one cannot expect much lower rates, although obviously each bank will review the reality.

At an aggregate level, what we see is that we have more country risk, less international availability of resources.

Emergency losses amount to $ 300 million, according to deputy minister of Production

Teachers learn online and add e-learning to their resume