Thousands of members of the tourism sector enter the mass vaccination program against covid-19 in Ecuador as of Thursday, in order to ensure health and support the reactivation of the sector, informed the minister of the sector, Niels Olsen. 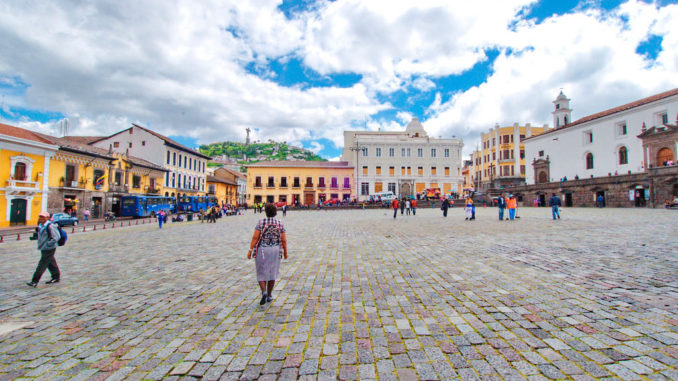 «Today begins the massive vaccination plan for the tourism sector at the national level. In Quito we will vaccinate 15,000 people from the industry starting today. Tomorrow in Cuenca, we will vaccinate more than 5,000 and, as of Saturday, we will start with the vaccination of more than 15,000 people in Guayaquil,” said the official at a press conference.

For the process they have worked in an articulated way with the Ministry of Health, the municipalities, the private company and different unions and associations.

He stressed that “it is important to inoculate the tourism sector because it boosts the economy, generates employment and attracts investment”.

“The industry was deeply hit by the pandemic, we lost 130,000 jobs, more than 20% of the companies in the sector such as hotels, restaurants and businesses closed, which means thousands of families affected,” he explained.

Olsen pointed out that the tourism sector is made up of all those who work in food and beverages, hotels, tourist intermediaries, tourist transport and guides.

The process began with a pilot plan in which transporters from the sector, accredited tourist guides and workers from the sector were inoculated in different emblematic places such as Baños de Agua Santa and Santa Elena.

“By August, we want to be among the first countries in South America to have all the players in the tourism sector vaccinated and thus continue with the reactivation”, he said.

Ecuador accumulates 465,878 infected with covid-19 confirmed by PCR, as well as 16,071 deaths due to the disease, according to the Ministry of Public Health.